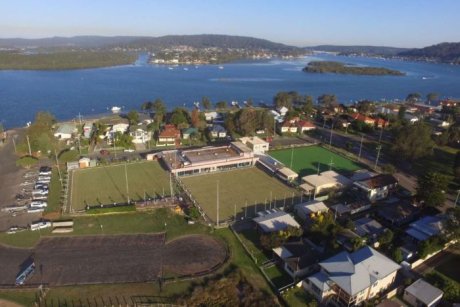 Save Our Woy Woy group discusses over development at public meetings.

The Save Our Woy Woy community group has renewed its determination to fight over-development on the Peninsula following a meeting at the Woy Woy Leagues Club on Tuesday, October 16, that was attended by 90 people.

The group, which formed to oppose a development on the corner of Blackwall and Farnell Rd, intends to campaign for changes to controls in the R1 Residential zone. Those attending the meeting resolved to continue with both initiatives, stating that Save Our Woy Woy was not opposed to development but in favour of appropriate development for the Peninsula. Save Our Woy Woy founder, Mr Harvey McDougall said Council had made public revised plans for the Farnell Rd development.

“The plans are only drawings and do not give any dimensions or written information about the changes,” Mr McDougall said. “The changes are that driveway access is to be relocated to Farnell Rd instead of being on Blackwall Rd,” he said. “Visitor parking will be taken off Farnell Rd, relocated to underground parking with allowance for seven spaces. “Waste storage will be moved from the rear of property and relocated to the underground parking area with lift access added to the eastern side of ground floor section of unit building.”

The developer has also reduced the area in the north east corner of the site to comply with setbacks. “We now have until November 6 to submit any objections to this amendment,” Mr McDougall said. “I encourage all Woy Woy residents to put in their thoughts about this development,” he said. “It is people power, and lots of people power, that will help us stand up against this overdevelopment. “The more specific the objections the better it will be for our case. “The main issue is this unit building needs to be under the height of 11 metres. “To do that it needs to be redesigned with less levels (two at the most) and presented more favourably with the community.”

According to Mr McDougall, other grounds for making submissions objecting to the development included that it could still be in excess of the required fl oor space ratio (FSR). “Farnell Rd needs to be kerbed, guttered and have drainage facilities prior to any thought of proceeding with a development such as this. “Traffic around the development will be chaotic.” Preservation of the character of the area along with its trees as habitat was also grounds for writing an objection, he said. “Then there is the issue of public transport, parking at the station, parking to shop, all our narrow roads, and so on.” An analysis of the 114 submissions made for the original version of the DA showed that 426 different issues were brought forward by the community.

Those issues could broadly be grouped into five core categories which were infrastructure (99 submissions), roads, traffic and parking (95), height and scale (75), negative impact on existing community (75), character and environment (82). The meeting discussed issues relating to the revised proposal including underground parking when the water table was so close to the surface on the Peninsula. “How will the underground parking overcome water table issues?” Mr McDougall said. “There are some concerns that pumps may need to run constantly leading to noise pollution. “The filtering and recycling of water might affect salinity or the quality of neighbourhood bore water.

“The meeting agreed that Woy Woy should embrace new development but many comments were made about the quality and characteristics of that development, the most important being a two-storey height limit. “The meeting agreed to keep fighting, to discourage three-level development and encourage design that it is complementary to the character of community. “The State Government’s strategy is to move Sydney’s excess population to the Central Coast by 2036.” However, according to Save Our Woy Woy, over-development on the Peninsula is already resulting in schools being at capacity, and a shortage of doctors and medical services.

Mr McDougall said he noted that a formal process to request changes to zoning involves high expense and no guarantee of results in the community’s favour. “The meeting agreed unanimously that it is within our grasp to organise and start targeting our communications to Local Government and State Government. “We will keep united in our fi ght against the powers that be that want these bulky buildings established in our community.”