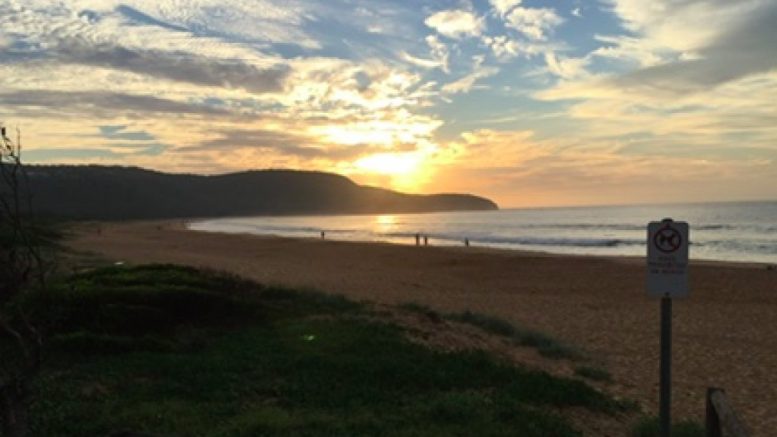 Ocean and Umina Beaches have both been graded as “good” and suitable for swimming most of the time in the latest State of the Beaches Report published by the NSW Office of Environment and Heritage on October 14.

The report indicated that both beaches each were generally susceptible to pollution, particularly after rain events. Ocean Beach has been monitored since 2011 and Umina Beach since 2004. Both beaches recorded a stable status in the 2017-18 Report. Pearl Beach rockpool received a grading of good and was found to be suitable for swimming most of the time. The rockpool was most susceptible to pollution after rain.

Pearl Beach Rockpool has been monitored since 2004 and recorded a stable status. Killcare Beach recorded a grading of “very good” and was found to be suitable for swimming almost all of time. Killcare was found to have increased levels of micro-bacteria and other contaminates after rainfall events, but overall water quality was high. The report also indicated Killcare status was actually improving.

Monitoring at Killcare began in 2006. Tidal baths at Woy Woy and Pretty Beach were graded as poor. According to the report, a grading of poor indicates microbial water quality is susceptible to faecal pollution, particularly after rainfall and occasionally during dry weather conditions, with several potential sources of faecal contamination including stormwater.

The report noted that the baths were estuarine sites, which are usually far more susceptible to contamination from rainfall events and other pollutants due to the sites low levels of natural flushing and dilution. The baths have been monitored since 2004 and recorded a stable status. The report states swimming at estuarine sites is not recommended during and for up to three days following rainfall or if there are any signs of stormwater such as discoloured water or floating debris.

The report surveys 32 swimming sites across the Central Coast, with 53 per cent of swimming sites graded as Good or Very Good. “While this is a decline in overall performance from the previous year, it largely reflects recent changes in the monitoring program to include only patrolled beaches and designated swimming sites, rather than a decline in water quality. “Central Coast Council has a large proportion of lake/lagoon and estuarine swimming locations in its program which have been most susceptible to impacts from wet weather conditions,” the report states.