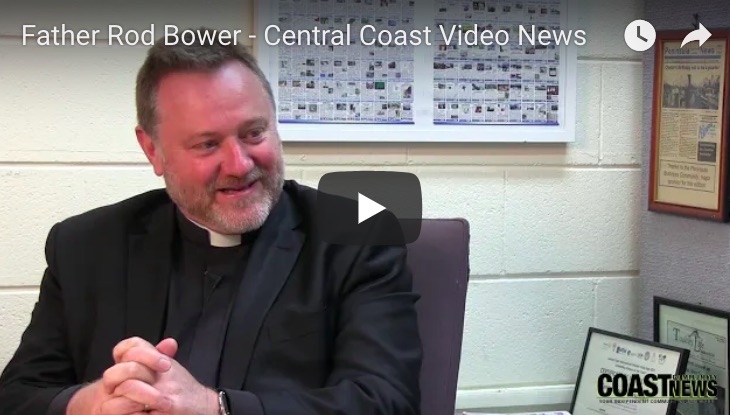 Domestic violence and homelessness are the two biggest social issues facing the Central Coast, according to Father Rod Bower, Archdeacon for Justice in the Anglican Diocese of Newcastle.

Bower has just written his second book, called Outspoken, which is his autobiography but also delves in the issues of justice and order, and the balance between the two.

“Order is really important, we don’t want anarchy, but order without justice is tyranny and often we see that in social dynamics and in almost in everything, from personal relationships right up to the national scene, if we look at the national scene in terms of our treatment of refugees and asylum seekers.

“What we see there is the triumph of order over justice.”

“The major issue facing us in our homes on the Central Coast is domestic violence.

‘We have one of the highest incidents of domestic violence in the country and that that requires an absolute change in culture, especially amongst men. “Men have to pick up the ball here and just simply not accept other men using violence or even speaking in violent ways or diminishing women as a joke.

“We have a high incidence of homelessness on the Central Coast and that comes from a high incidence of mental illness mental health issues and so we’ve got to do much better in the area of mental health on the Central Coast and that requires money and lobbying and annoying our politicians until we get the funding that we need.”

Topics covered in the interview include:

Subtitles can be turned on and off within the YouTube channel.

A full transcript of the interview is available on request.

Decision brings an end to gas exploration on the Central Coast