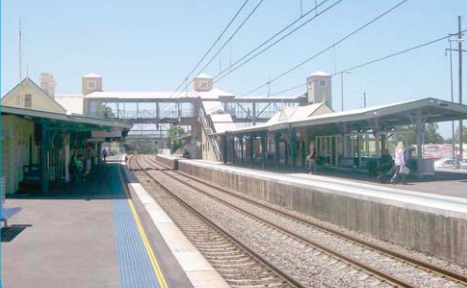 Confusion around the supposed increase in express train services to and from Sydney during peak hour abounds, following conflicting reports from state representatives and the region’s public media outlet, ABC Central Coast.

In edition 149 of the Wyong Regional Chronicle, it was reported that commuters from Wyong and Tuggerah stations would be reaping the rewards of a new and improved train timetable, with the region’s express services during peak hours doubling from two to four from Wyong, Tuggerah, Gosford and Woy Woy stations only, with no changes to express services at any other stations across the Coast. Minister for Transport and Infrastructure, Andrew Constance, delivered the news personally during a press conference held at Gosford Train Station, on September 17.

Minister Constance told the Wyong Regional Chronicle that commuters utilising the region’s four major train stations will have access to peak express services to and from the city, via Strathfield, every 15 minutes on average, compared to every 30 minutes, as it currently stands.

The Wyong Regional Chronicle took this conflicting report to Parliamentary Secretary for the Central Coast, Scot MacDonald, who joined Minister Constance in announcing the improved services. In response, the Chronicle received a media statement issued by Minister Constance. “Central Coast customers currently receive four trains per hour travelling to and from the City via Strathfield at peak times.

“Two of these services are express and the other two are slower, as they stop at all Central Coast line stations to Berowra. “From September 30, the two slower services will be converted to express, thus resulting in a doubling of express trains via Strathfield for Central Coast customers during peak times. “Customers from stations including Wyong, Tuggerah, Gosford and Woy Woy will have access to peak express services to and from the city via Strathfield every 15 minutes on average, compared to every 30 minutes today.

“Stations not served by these express trains will maintain their current level of service with trains travelling via the North Shore instead.” However, Wyong Regional Chronicle examined the new time table published on October 2, and found that while there are now, in fact, eight express services in the afternoon from Central Station via Strathfield, starting at 4.20pm through to 6.20pm, there are only five express services in the morning from Wyong, starting from 6.17am through to 8.19am, after which they are hourly.

Transport for NSW have defined the AM peak as trains arriving into Central between 8am and 8.59am inclusive, and PM peak as trains departing Central between 5pm and 5.59pm inclusive. On that measurement, four express trains do arrive at Central within that 8am to 8.59am period, and one arrives just before, at 7.57am, but two of those five are express trains from Gosford onwards, not from Wyong.