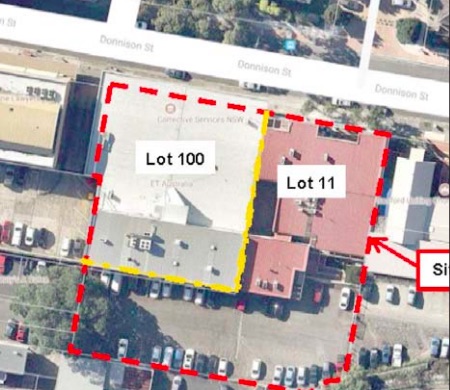 A regional library and a regional performing arts centre (RPAC), with combined, but not yet disclosed, construction costs of up to $150m, will be built in a new cultural precinct on the Gosford CBD block bounded by Mann St, Donnison St, and Henry Parry Dve.

The library and RPAC were back on the agenda for the Monday, September 24, meeting of Central Coast Council, to provide Councillors with a summary of the concept designs and cost estimates that they called for at their May 28 meeting. In May, the majority of Councillors voted in favour of a regional library in a 10-storey building, with three storeys of parking and commercial and retail space. Many Councillors also expressed interest in a proposal for a cultural precinct, including both the library and RPAC. “Further investigation was required, in order to give Council the ability to make an informed decision on how (if at all) to proceed with this concept,” the staff report for September 24 said.

It was the outcomes of that further investigation that Councillors discussed at their most recent meeting. A $4.32m increase to the 2018-19 capital budget was approved “to accommodate the proposed delivery program” detailed in a confidential document. The majority of the information considered by Councillors was, not shared with the public, including schematic designs, additional lots of land to be purchased and the proposed delivery program. Council resolved to keep out of the public domain 13 out of 18 attachments regarding the proposed precinct, as those documents would, if disclosed, “confer a commercial advantage on a person with whom the Council proposed to conduct business”. Mayor Jane Smith and CEO, Gary Murphy, will be seeking urgent discussions with both the NSW Government and the Federal Government funding bodies, to assist with the funding shortfall, which has not been disclosed.

Mayor Smith said the Precinct will help achieve the Community Strategic Plan’s goal to create a growing and competitive region by establishing Gosford CBD as a key destination that attracts businesses, local residents, visitors and tourists. “Council will be creating an outstanding precinct that the Central Coast can be proud of, and will appeal to all ages, abilities and backgrounds,” Mayor Smith said. “The development of both the regional library and the RPAC is essential as Council works towards establishing a true capital for the Central Coast. “Delivering these projects as one integrated cultural precinct will benefit both projects individually, as well as facilitating the revitalisation of Gosford CBD and creating the vibrant and sustainable region the community wants and deserves.” 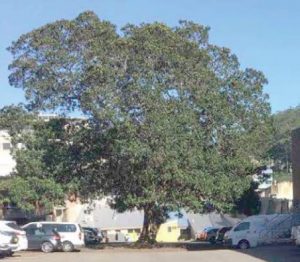 Councillors voted to request CEO, Gary Murphy, proceed with detailed design development of the Gosford Cultural Precinct “to facilitate submission of a DA to the relevant consent authority”. Mayor Smith said once the project reached the development application stage, expected in the current financial year, all details would be made public. Murphy was also asked to negotiate and execute a Deed of Agreement with ET Australia to acquire 125 Donnison St, next door to the Parkside Building. He was also directed to proceed with acquisition of other lots included in another of the confidential attachments. As such, the estimated cost of the Precinct was to remain confidential in order to maintain commercial confidence and ensure the integrity of the market value. Expressions of interest or tenders will be called for the appointment of a “suitably experienced commercial agent to commence pre-leasing for the proposed commercial and retail space”.

According to the limited information placed in the public domain, the concept designs for the precinct included a regional library and innovation hub, a regional performing arts centre and conference venue, allowance for ET Australia and tenants, small retail tenancies, commercial tenancies, underground parking, pedestrian through site linkages and public domain and landscaping works. Council staff have incorporate three “hold points” in their proposal for delivery of the cultural precinct. The first requires expenditure of $4.3m in the current financial year to put together the detailed design required before a DA can be submitted. “Prior to lodgement of a development application, a report will be brought back to Council,” the staff report said. “It is envisaged that there will be a minimum of two further hold points at significant milestones in the project, these being prior to awarding the tender for construction, and prior to commencement of construction,” the report said. 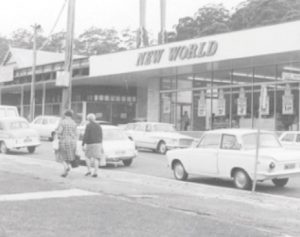 The Donnison St side of the site in 1967

“As part of these future hold points, Councillors will be provided with appropriate briefings and formal reports.” Council Director Connected Communities, Julie Vaughan, said it was an excellent result for the community, as both the library and the RPAC were priority projects for Council to deliver. “There has long been an overwhelming need for us to provide multi-use facilities where our community can meet, relax, connect and learn,” Vaughan said. “This decision will help us to meet the contemporary and future educational, conferencing, arts and cultural needs of the region, which have been constrained due to our current building sizes and limited capabilities.

“Due to the need to accommodate different uses and functions, the regional library and the RPAC will be in separate buildings, however, their proximity has generated an opportunity to create the Precinct, connecting the two facilities and helping Gosford CBD flourish. “The next stage for this catalyst project will be to progress the development application.” Vaughan also took the opportunity to emphasise that the development of the Gosford Regional Library was not dependent on the closure of any existing branches.