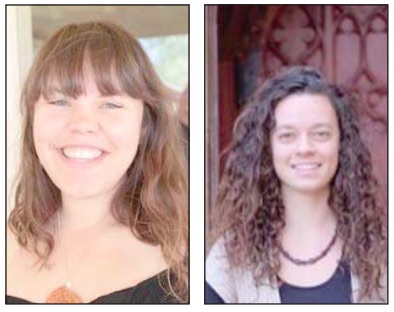 The Chairman of the Bouddi Foundation for the Arts, Mr John Bell, has announced $21,500 in grants to 17 talented young local artists.

Mr Bell said he acknowledged the enormous depth of talent among the young artists. “This year we received a record number of applications and the standard was exceptionally high,” Mr Bell said. Recipients from the Peninsula area were Shana O’Brien of Umina who is an aspiring dancer, Naomi Jones of Wagstaffe for folk fiddle and Maddy Bell, a singer songwriter from Empire Bay.

“The community can be very proud of these fine young people. “I know we in the Foundation are,” he said. “They are an extraordinary bunch of young people with enormous skill, dedication, and ability to accept the hard work that goes along with the very demanding disciplines they have taken on.” Disciplines covered by the grants included contemporary, classical and folk music, filmmaking, dance, drawing, sculpture, musical theatre and drama. “It is always a difficult task to allocate grants among so many very worthy applicants.

“The Foundation has worked hard to develop an examination and auditioning process of the highest quality and integrity. “We have a first-class team of people with acknowledged expertise and experience across the range of artistic disciplines. “We are fortunate indeed to be assisted by such eminent people as the acclaimed music composer, performer and conductor Nigel Westlake, and the film and television writer, director and producer David Elfick, to name but two.” Mr Bell said: “It would be difficult to imagine how these young people could achieve their potential without the mums, dads and others who support them emotionally, financially and through the many hours behind steering wheels and waiting at draughty halls where tuition takes place.” He also praised the teachers who nurtured and encouraged the growth of skills, techniques and knowledge that were essential in the development of artistic talent.

“We are fortunate indeed to have people on the Central Coast of such dedication and outstanding talents to pass on to our young people” he said. Awards will be presented to the artists at a special presentation day at Wagstaffe Hall on Saturday, October 13. “We encourage people to come along, “Mr Bell said. “It is a big day for us and for the young artists, some of whom will perform during the afternoon. “Additional entertainment will be provided by our special guest, the popular commentator and television personality Annabel Crabb, who will be interviewed by Graeme Blundell.