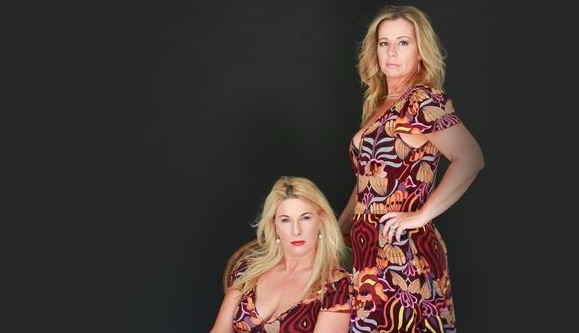 Stand-up comedians, Mandy Nolan and Ellen Briggs, are bringing their show, Women Like Us, to Davistown RSL in September.

The dynamic duo have spent the last three years touring the country with the show, performing almost 90 shows to over 25,000 people. Their formula of performing two hours of stand up, an hour apiece, has proven a hit with audiences. “This is a no-holes barred, tell it how it is, comedy by women who are tired of the messages being fed to women that they’re too fat, too thin, too old or too young. “It’s not just a comedy show, it’s a movement,” said Nolan.

Throughout the show, Briggs and Nolan share reflections on their failure to parent, the beauty industry, strange surgeries, special diets, obsessions, frustrations, and at the end of the day, the serious politics of “who unpacks the dishwasher”. Nominated for Best Comedy at Perth Fringe Festival, Women Like Us sells out at nearly every stop. Something that initially surprised the two comedians, but now reinforces what they call “an appetite for truth”. Nolan is a columnist for the Byron Shire Echo, and writes regularly for Mamamia. She has appeared on ABC’s Q and A, SBS’ Mums The Word and About Women, and is in demand as a corporate and club performer. Briggs is a national finalist for RAW Comedy and a winner of Foxtel Comedy Channel’s, Be A Comedian.

She has performed internationally with Arj Barker and Gordon Southern, and features on comedy stages around the country. Both women are regular feature acts on the national circuit, and in 2016, they were selected to perform at Melbourne International Comedy Festival’s, Upfront Showcase. “Women Like Us is not just a show for women. “This is a show for men who love women.

“Men with mothers, sisters, wives, daughters. “Men who work with women. “Men who spend their life in the car beeping the horn waiting for women,” Nolan said. “Women Like Us is an opportunity for blokes to step inside the female psyche and get an insight into what we really think,” Nolan said. Women Like Us bring the show to the Davistown RSL on Friday, September 7, and to Mingara Recreation Club, on Saturday, September 8.

Paddles to the fore

Portaloos at the ready