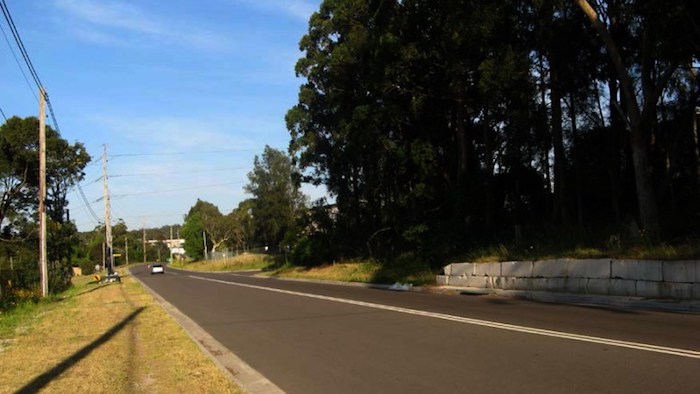 Land at 40 Gindurra Rd, Somersby, could be the site of a new waste and resource transfer station, also described in the application as a warehouse and distribution centre, if Central Coast Council approves a development application.
Although described as a warehouse and distribution centre in a Statement of Environmental Effects submitted to Council in support of the application, a traffic assessment said the application was for a “proposed depot expansion”.
It will involve container deposit scheme plastic bulk handling and storage and will “facilitate the construction of M1 upgrade projects from Tuggerah to Doyalson and from Somersby to Kariong.
“Trucks will transport the surplus soil and plastics for the container deposit scheme to and from the site as required.
“The depot will be run 24 hours.
“Typically, 140 staff will be located on site during business hours, either to assist with the container deposit scheme recycling, the surplus spoil from the M1 Freeway upgrades, and moving of plant and equipment.”
The 3.3 hectare site is located on IN1 General Industrial land and the proposed development is permissible with consent, according to the SEE.
It is located within the existing industrial-commercial Somersby Business Park, west of Mount Penang Gardens.
According to the SEE, “The proposed development complies with the relevant provisions of the Gosford Local Environmental Plan 2014 and the Gosford Development Control Plan 2013”.
The southern boundary of the Gindurra Rd site is the M1 freeway, around 800m from the freeway exit, according to the SEE.
It currently has an industrial building on it and was cleared and filled under previous consents in 2006 and 2007.
Council’s mapping identifies the site as containing Hawkesbury Banksia Scrub Woodland and Exposed Hawkesbury Woodland.
No previously recorded or new Aboriginal sites were identified within the subject area.
“As no sandstone outcrops are present within the subject area, the potential for highly significant engraving sites is unlikely.
“All relevant contractors will be made aware of their statutory obligations for heritage under the National Parks and Wildlife Act 1974 and the Heritage Act 1977.
“If unrecorded Aboriginal object/s are identified in the Project Area during works, then all works in the immediate area will cease and the area will be cordoned off.
“These requirements can be added as a condition of consent.”
The site is not subject to a maximum floor space ratio.
As the development proposes less than 200 motor vehicles, it is not deemed to be traffic generating, and accordingly, will not require a referral to Roads and Maritime Services (RMS).
“The proposed development already has approval for works on the site under controlled activity approval ERM 2014/0197, and therefore is not classified as “integrated development” under Section 4.46 of the Environmental Planning and Assessment Act 1979;” according to the applicant.
“The site has the potential to become a significant gateway site to Gosford City, and offers considerable commercial value.
“As such, the proposed warehouse and distribution centre is considered appropriate, in terms of the surrounding context and setting, providing a suitable building platform for the future development of employment generating land uses.
Truck parking will be provided for a minimum fleet size of 110 trucks and 179 car spaces.