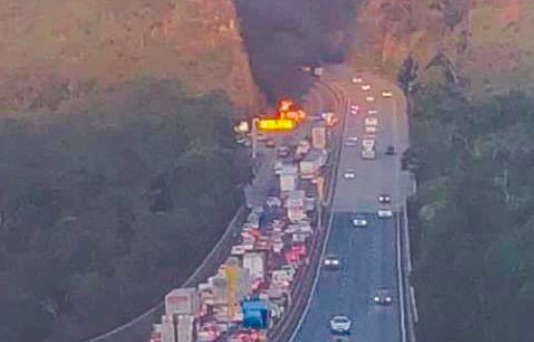 A truck driver will face court after two people died in a six-vehicle accident (MVA) on the M1, near Kariong.

Just before 5pm on Tuesday, July 31, emergency services responded to reports of a crash involving a truck and five cars, northbound on the M1, just north of the Mooney Mooney Bridge. On arrival, officers found a truck had crashed into the back of one of the cars and caught fire. Two men, believed to be aged 19 and 52, who were travelling in a Ford utility, died in the crash. They are yet to be formally identified.