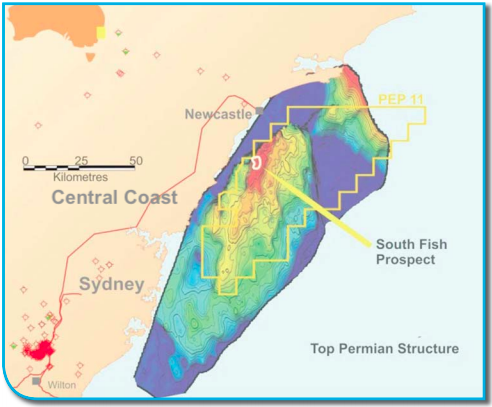 The Disabled Surfers Association of Australia has called upon Federal Minister for the Environment and Energy, Josh Frydenberg, to carefully consider the consequences of supporting any further seismic testing or potential oil or gas drilling off the Central Coast.
National President of the Association, Mr Gary Blaschke, said he did not believe the offshore seismic testing under Pep 11 that had already been conducted, had been transparent, or that its impacts on marine life had been properly considered.
He said there had been a “lack of transparency in every aspect of the approval to Asset Energy Pty Lty being awarded the contract”.
He said Mr Frydenberg, as Environment Minister, had “a duty to listen to those who have dedicated their lives to protecting our environment” and that he needed to investigate several issues.
“The communities from the Northern Beaches of Sydney to north of Newcastle are, or will be, in the firing line of a proposal that will be seen as unconscionable politically and morally by more than 1.32 million residents of the licensing area,” Gary Blaschke said.
“There has been absolutely no community consultation with any region.
“No independent marine biologists or tourism operators have been consulted,” he said.
“The fishing industries, both recreational and commercial, are opposed, and Asset Energy are not willing to allow any viewing of the entire Environmental Impact Statement.
“There is massive disruption, potential corruption, and financial issues, within all associated companies involved with the Pep 11 project.
“MEC Recourses Ltd. shareholders are disgruntled with board members, Asset Energy has major financial issues, and investment advisory group, Grandbridge Ltd, recently requisitioned a meeting of shareholders of MEC Recources Ltd, seeking the removal of, Goh Hock and Deborah Ambrosini, from the board of Advent Energy Limited, on the grounds of not being fit to act as company directors and breach of director’s duties,” Gary Blaschke said.
“Mr Matthew Canavan, Minister for Recourses, said he believed the likely impacts to marine species, including whales, had been deemed acceptable and as low as reasonably practicable.
“There is scientific proof that not only whales and dolphins are grossly impacted upon, that fish stocks, crustaceans and plankton are also destroyed.
“The National Offshore Petroleum Safety and Environmental Management Authority (NOPSEMA) are nothing more than an excuse for the Oil/Gas industry with all board members previously or currently being employed long term by these industries and obviously having a massive conflict of interest,” Gary said.
“You need not look far to see that the NSW Government and local councils within the testing zone are opposed totally to any testing or potential of Gas or Oil rigs off our beaches.
“Central Coast Council’s surveys indicate that the top three issues for residents are our way of life, our bushland and our beaches.
“It is apparent that residents of each council area, a total of some 1.32 million people, will not accept the misleading, arrogant and deceitful process that has thus far been followed, or to any further testing in the future.
“There are many examples around the world that indicate that these industries have massive environmental impacts, through poor practices, and now we, the residents, are expected to sit back whilst companies awarded the licensing go through internal disruption and have massive financial issues.
“Much of the process of this project has been ad hoc with only one principle, that being making profits for shareholders of a company that is quickly sinking, at the expense of the environment.
“Where there are threats of serious or irreversible environmental damage, or the lack of full scientific certainty, this should not be used as a reason for postponing measures to prevent environmental degradation.
“The application of the Precautionary Principle to public and private decisions should be guided by careful evaluation, to avoid serious or irreversible damage to the environment, or a complete assessment of the risk weighted consequences of various options, including the political option.
“I put it to, Josh Frydenberg, that in light of the major concerns that we and our communities raise, he consider carefully the need, versus the political consequences, of going forward with this disastrous project.”