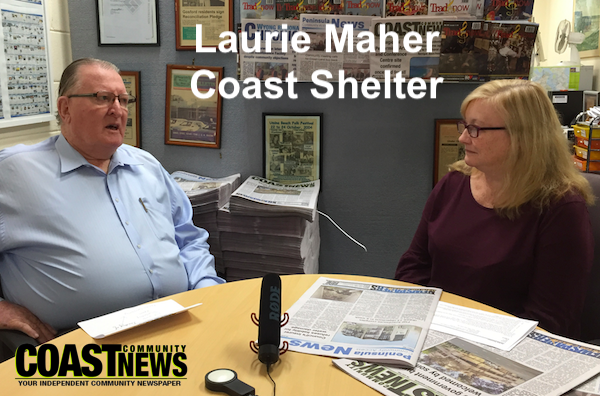 Retiring CEO of Coast Shelter has spoken with Coast Community News in a frank video interview about the issue of homelessness and sleeping rough.

Mr Maher shared his thoughts about the role of Coast Shelter and how it has grown over the years. He also said the services provided by Coast Shelter are mainly dependent on donations as the funding provided by government does not keep up with demand. The causes of homelessness are easy to identify but the solutions are a bit more complicated.

Mr Maher shares his thoughts about how a first world country like Australia can end up with an escalating number of people sleeping rough in Council parks and reserves and in cars.

Mr Maher said he was supportive of the motion put to Central Coast Council by Deputy Mayor and long-term Coast Shelter supporter, Clr Chris Holstein, to attempt to get more intensive intervention for the Coast’s homeless. He also shared his opinions about whether the current levels of homelessness are a “fixable” problem. He comments on whether the traditional Australian welfare safety net has broken resulting in the growth of an under-class and he discusses the roles of education and access to affordable and social housing. Issues relating to the supply of affordable rental accommodation have been a key concern for Mr Maher during his years at the helm of Coast Shelter.

More interviews can be accessed at; a. our video news site or b. on our YouTube Channel

Rezoning request by quarry owner likely to be rejected