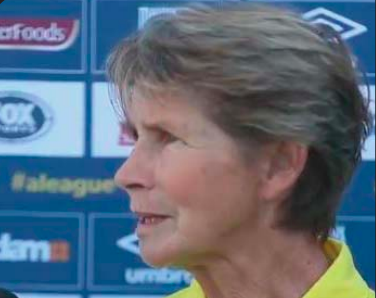 The Football Federation of Australia (FFA) has indicated it will not support a Central Coast Mariners’ bid to be re-introduced to the W-League, Australia’s national professional women’s football competition, in 2018-19.

Not being accepted back into the W-League would put a dent in the Mariners’ ability to increase attendances at Central Coast Stadium through A-League and W-League doubleheaders.

The Mariners have started a change.org petition to show the level of community support for a W-League team on the Coast. It has so far garnered 3,632 signatures, with a goal to reach 5,000.

The A-League Club ownership group, The Australian Professional Football Clubs Association (APFCA), made a submission to FFA in support of the Central Coast Mariners’ re-introduction to the 2018-19 W-League season. APFCA received a formal response from FFA outlining its immediate areas for investment regarding the W-League. The letter implied the priorities did not include the expansion of the competition to 10 teams with the re-entry of the Central Coast Mariners.

Coast Community News has asked FFA to clarify whether or not it has, officially, ruled the Mariners out of participating in the W-League in 2018-19 and will report the organisation’s response in a future edition.

“Their decision is based around a lack of talent in the country, despite the fact that we have arguably the best academy and pathway for girls in Australia, with approximately 100 girls on the Central Coast working hard to become a Matilda one day,” Mr Charlesworth said.

“If FFA want to develop women’s football, they should be working with us, not restricting us, all at a time when Australia is bidding to host the Women’s World Cup in 2023,’ he said. “If FFA are deviating from their own Whole of Football Plan, then what is their plan?” Mariners CEO, Mr Shaun Mielekamp, said the Mariners had a passion to help the women’s game grow in Australia. “The FFA have written to APFCA and confirmed that the priorities for the W-League this season are to increase the broadcast and expand to a full home and away competition, before permitting our re-entry and removing the bye round,” Mr Mielekamp said.

“We agree that broadcast improvements and a full home and away season [that does not negatively impact players playing overseas] are priorities that should be achieved; however, we simply can’t see why our re-entry must wait until these other priorities are implemented,” he said. “We will take FFA’s feedback on board and we are arranging a visit from key FFA staff to ensure they see with their own eyes just how far we have progressed our Academy and the great job the Central Coast Council has done in improving facilities at the stadium. “We will continue to push our case for immediate re-entry and if the FFA aren’t going to expand the competition to a full home and away season – then the question we’re asking is what does next season look like and what will be done to grow the women’s game in the immediate future?”

Central Coast Mariners have been left confused by FFA’s response to the Mariners WWL bid, which contradicts the governing body’s own 2015 Whole of Football plan. Page 87 of the document states: “At a minimum, every top-tier club in Australia should have an A-League team and a W-League team. “This is important, because unlike every other Australian sport, football clubs will be able to connect to their communities by providing male and female role models. Above everything else, football fans appreciate good football and the W-League presents top quality football that attracts male and female fans.

“Furthermore, having an A-League and W-League team will allow clubs to host more top quality doubleheaders.” APFCA and Central Coast Mariners will continue to seek the Mariners’ inclusion into the WWL 2018/19 Season as a matter of priority, and call on FFA to implement a clear strategy for the development of the W-League, including the re-introduction of Central Coast Mariners as a 10th team, that aligns with the Whole of Football plan. FFA Hall of Fame inductee and Mariners’ W-League ambassador, Ms Julie Dolan OAM, said: “Football Federation Australia’s current position is disappointing for the Central Coast and for fans of women’s football.

“Women’s football, and women’s sport in general, is experiencing unprecedented success, support, and media and corporate backing, and it would seem an opportune moment to further build the W-League through the inclusion of a Mariners’ W-League team. “I trust the FFA now intends to use its resources to resolve any issues they see as impediments to the launch of a Central Coast Mariners’ W-League team,” she said. Mr Dan Barrett, (Mariners’ Women’s NPL Head Coach and W-League Ambassador) said: “A club like the Mariners, with a purpose-built female development program and pathway, only adds to this talent pool. “I can tell you from being on the ground, we have good young players here that deserve this opportunity.

“They should have the opportunity to be nurtured in their own backyard, with hunger to compete for their home club in front of family and friends,” Mr Barrett said. According to the Mariners, their inclusion in the W-League would positively contribute to Australian female football development by providing: elimination of the competition’s ‘bye round’; increased professional opportunities for elite female footballers; increased professional playing opportunities for young Matildas (who currently struggle for game time with the existing nine W-League clubs); expansion of the W-League without overlapping with overseas female football leagues; and, it will improve Australia’s chances of hosting and winning the 2023 FIFA Women’s World Cup, by widening the country’s talent pool. The Mariners are one of only two professional football clubs in Australia to offer a women’s pathway, starting from U10’s to first grade NPL. A Mariners’ W-League team would complete the football landscape for boys and girls on the Central Coast.