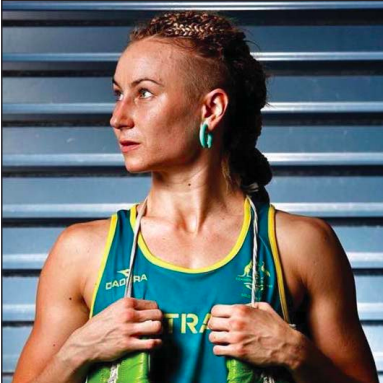 A Umina PCYC member is competing in the 2018 Commonwealth Games at the Gold Coast to represent Australia in boxing.

Ms Anja Stridsman has been in intensive training for months in the lead-up to the Games. She said she was overjoyed to have made the team and to represent her home country at a sport she loves. “Boxing for me is about empowerment,” she said. “It’s about challenging yourself constantly defeating those doubts that you have about yourself and putting everything on the line to be the best that you can be. “The mental side of boxing is the hardest part of it.

“You’re constantly faced with the choice to just give up or keep on fighting and you just have to make that choice to keep fighting. “Although boxing is an individual sport, it just means so much to be able to go to the Commonwealth Games as a team with Paralympic athletes, able-bodied athletes, all competing together, inspiring each other, supporting each other. “It really makes you feel like you’re a part of something bigger,” Ms Stridsman said. Ms Stridsman’s fi rst match at the Games will be on April 11.

Umina boxers in Olympic qualifying round