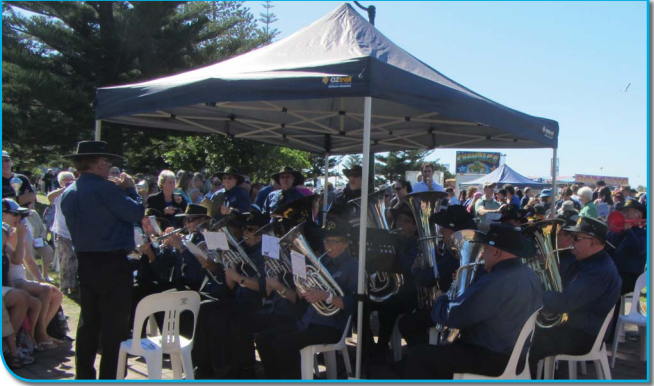 Tuggerah Lakes Showband will again be promoting the Central Coast when it travels to Broken Hill to present a series of modern and country music concerts.

Musical Director, Mr Don Stewart OAM, who was recently honored by Central Coast Council by naming The Entrance Band Hall, the Don Stewart Hall, said he was pleased with the reception and co-operation of Broken Hill’s Barrier Industrial Band, allowing access to their rehearsal hall for
a combined rehearsal in preparation for the main concert, where all funds raised will go to the Flying Doctors’ Association.

Mr Schmidt forecasted a large turnout for the Musicians Club Concert,
and was pleased with the support for the Flying Doctor.

On its return, the Showband will be straight back into action leading The Entrance ANZAC Day March and Ceremony.