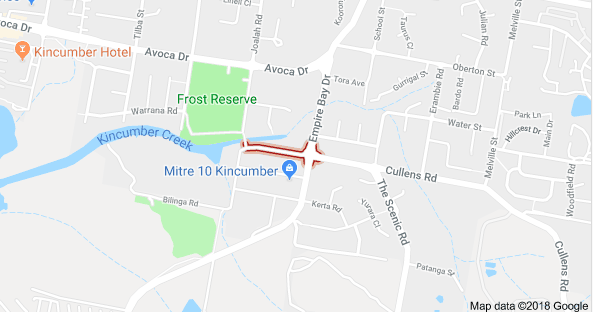 The community has been invited to have a say on the proposed upgrade of the intersection of Empire Bay Dve, The Scenic Rd and Cochrane St at Kincumber, which aims to ease congestion and improve traffic flow for motorists.

Member for Terrigal, Mr Adam Crouch, said the review of environmental factors (REF) for the design proposal will be on display until Friday, April 13, giving the community a final opportunity to provide feedback and input on the intersection’s upgrade.

“Currently Empire Bay Dve is only one lane in each direction, and the existing single-lane roundabout is having an ongoing impact on traffic flow, particularly during morning and afternoon peak times, and also on Saturday morning,” Mr Crouch said. “This road is a critical link between Bensville, Empire Bay and Daleys Point in the south and Kincumber, Green Point and Erina in the north, so this upgrade will ease congestion and improve traffic flow for the 25,000 locals who use this road every single day.” Mr Crouch said that previous community input had a positive effect on design work.

“After RMS received more than 70 submissions from the local community, the design options further progressed, with an improved two-lane roundabout proposed instead of traffic lights,” Mr Crouch said. “I’m really pleased that local residents are being presented these opportunities to provide feedback, which is resulting in some really positive contributions to the upgrade process.” Mr Crouch said the announcement builds upon progress made earlier this month when investigation works were undertaken. “In early March, RMS carried out investigation works to confirm the locations of existing utilities, in preparation for construction to commence,” Mr Crouch said.

The community is also invited to attend a drop-in session on Thursday, April 5, between 5:00pm and 8:00pm, at Kincumber Village Shopping Centre, to speak with the project team, provide feedback and learn more about the upgrade. All feedback on the review of environmental factors (REF) is invited until Friday, April 13, and will be considered when finalising the design proposal. “Upgrading the existing intersection is a core priority for our local community, and I have continued to make strong representations on behalf of residents to RMS staff,” Mr Crouch said. “Thank you to all locals for their patience whilst design, planning and investigation works have been underway, and I look forward to construction commencing in the near future.”

Link to a map of the location in question