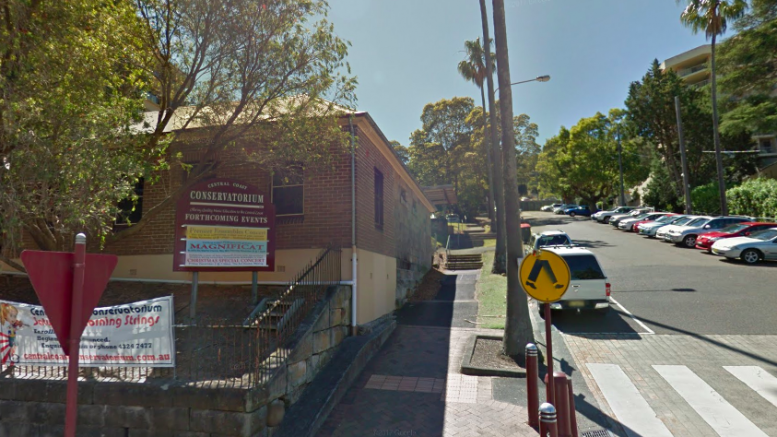 Six potential sites in the Gosford CBD will be urgently reviewed by Central Coast Council staff in a move to expedite the building of the Regional Performing Arts Centre (RPAC).

The six sites were identified as an outcome of Council’s February 26 resolution that the Acting CEO, Mr Brian Glendenning, report on March 12, on potential alternative sites. The sites have been kept confidential, but they meet the operational requirements of the project and the funding agreements with the NSW and Federal Governments. According to Mr Glendenning’s report, they include land owned by Council and land that might be compulsorily acquired. Mayor Jane Smith said she would not disclose the location of the sites or confirm whether or not a site proposed by the Central Coast Conservatorium of Music, in Georgiana Tce, was included. Mayor Smith said the RPAC was a key project for the Gosford CBD and the Coast, and a site needed to be confirmed once and for all.

“Everything is in place for this project, the business case, the community support, Federal, State and Council funding commitments, it is all good to go, we just need to decide on the best possible site, once and for all,” Mayor Smith said. “The RPAC is one of the catalyst projects to stimulate the revitalisation of the Gosford CBD and we will deliver it for our community,” she said. “Once the site is finalised, it will be all systems go to the design phase to create a world-class, financially-viable, stage for our local and touring talent to shine.”

In December 2017, Council revised the RPAC business model and venue specifications to ensure they met community needs and were economically viable. The modelling showed the RPAC would need to include a 950-1000 seat auditorium, fly tower, orchestra pit, smaller function and meeting rooms and a large foyer over two storeys. Mr Glendenning’s report to the March 12 meeting said the RPAC would be a multi-functional venue that would host local and national performances, music, events, functions, conferences and meetings for a wide range of ages, abilities and backgrounds. It would be designed to ensure the technical specifications provided the quality and functionality for broad use. Council has projected a likely operating cost of $1.8m in years one through to three, then $1.4m in years four and five, including depreciation cost.

Funding available to build the RPAC is $32m. The NSW Government made a pre-election commitment of $12m on March 28, 2015, including $2m for rehearsal and lesson spaces for the Central Coast Conservatorium of Music, currently based in Mann St. Council continues to work with the Conservatorium to identify appropriate locations to meet their growing needs, with their latest plans, to build on the current site, Mr Glendenning’s report said. Gosford Council committed $10m, plus $635,000 for staff resources, including project management. Funding was then applied for under the Federal Government’s Stronger Regions Fund, and the third $10m was secured. Additional costs Council may incur could include any potential land acquisition, investigations and consultants’ reports. Site analysis and negotiations were expected to take about six weeks, meaning the outcome should be reported back to Council by the end of April. In 2016 and 2017, Gosford Council, and later Central Coast Council, investigated six sites.

They were in close proximity to Gosford CBD and the waterfront and were considered in the context of the RPAC being a catalyst for the revitalisation of Gosford and the requirements of Commonwealth and NSW funding bodies. On February 22, 2017, Council resolved that Leagues Club Field was the preferred site, but if it proved unsuitable, Council would investigate the potential for the RPAC to be situated on the former Gosford Public School site, the remainder of which is now controlled by the construction company, St Hilliers. Council resolved to proceed to expedite Native Title Claims and Land Claims on Leagues Club Field, to acquire a portion of Leagues Club Field from the NSW Government, to revise the proposed RPAC business plan, and commence a detailed design phase.

In June 2017, Council received a geotechnical survey which identified that parts of the Leagues Club Field were suitable for construction. On June 30, the Federal Court advised that native title proceedings had been discontinued, but the Leagues Club Field is Crown land and has unresolved claims under the Aboriginal Land Rights Act 1983. The former Gosford Public School site was handed over St Hillier’s in May 2017, following an expression of interest by the NSW Government. From July to February 2018, Council staff had discussions with St Hillier’s to position the RPAC on the mixed-use site.

On February 9, St Hillier’s wrote to the Mayor, informing Council that St Hillier’s would not permit an RPAC on the site. According to Mr Glendenning’s report, over two floors, the RPAC would be approximately 6,500 square metres, and an additional 1,000 square metres is needed for the loading bay. The base floor plate would be 4,000 square metres. There is a potential financial risk of the NSW Government and Federal Government funding not being committed, with any significant project delays, Mr Glendenning’s report pointed out. “There is also high reputational damage for the organisation, if the project is not delivered,” it said. Project timelines have been completed to cover initiation, scoping, planning and delivery. Its proposed construction would commence in January, 2019, with an 18 month build period.

The proposed opening of the facility would be expected in 2020. A tender for detailed design of the RPAC is currently being prepared. Extensive consultation has occurred since the establishment of the Friends of the Performing Arts Precinct (FOPAP) in 2005, according to Council. FOPAP has worked to lobby the various tiers of Government to construct a high quality performing arts centre in Gosford. An initial concept plan was completed to establish a facility on the former Gosford Public Primary School site, which was identified as possibly surplus to requirements in the future. The former Gosford Council and the Central Coast Regional Development Corporation (CCRDC) identified a need for a regional performing arts centre in Gosford, and various feasibility studies, research, analysis and plans have been completed since 2007. In 2007, Gosford Council commissioned consultants to develop a Cultural Spaces and Places Framework.

The report proposed a mix of performing art spaces, with 1,000 seating and a flexible black box performance space accommodating 250 seating. In 2010, the Gosford Challenge was launched with a dedicated team focused on the revitalisation of the city centre and waterfront. Over the years, different masterplans, including the Our City, Destiny Plan in 2010, were completed with the RPAC as a key component. In 2010, Central Coast Leagues Club proposed refurbishing a large part of its existing building as a Performing Arts and Conference facility. The costs were estimated by quantity surveyors at $28.849m, a business plan was completed, but the project did not progress. Create NSW commissioned, Lois Randall Creative Consulting, in 2010, to identify the unmet art needs of communities of the Central Coast, and to develop a plan to support more effective professional arts, cultural programming and community partnerships.

The Central Coast Art and Community Plan and Mapping Report were endorsed in 2011. In 2011, CCRDC commissioned a needs analysis and a national benchmarking study for the RPAC that benchmarked best practice regional performing art centres including Wollongong, Geelong and Port Macquarie. It concluded that approximately $75m would be required to produce an iconic architecture building on the waterfront, a 1,000 seat performance space and 500 seated flexible black box space. The project did not proceed due to high costs and lack of funds. A new project brief was developed in May, 2013, with an auditorium for 1,000 and a black box studio with 200 seating.

The Conservatorium was to be included as a separate building in a second stage, with 150 seating and a site plan of less than 1,500 square metres. The site used for concept designs was Memorial Park, Gosford, but no detailed site investigation occurred. An architecture competition was organised and two submissions preferred. An Assessment Panel was formed in 2013 to review tenders and to be responsible for determining the selection of the successful consultant. No location was determined, although a prominent place on the waterfront/Gosford CBD was a key factor in attracting tourism.

The Assessment Panel determined that Peruma Pedavoli Architects offered the best option out of all the designs submitted, and this was endorsed by Gosford Council in August, 2013. This project was part of the Central Coast Infrastructure Priority List and fully aligned with all other regional planning documents. The need for a conference centre at the RPAC was incorporated into the 2015 Federal Government’s Stronger Regions application. The conference aspect was also a key part of the Economic Analysis and Business Plan completed in 2015. Site investigations occurred throughout 2016, with six potential sites identified. Due to the opening of the Art House in Wyong and Central Coast Grammar School’s 750 seat auditorium in 2016, venue specifications were re-tested.

29-unit residential flat building at The Entrance under consideration