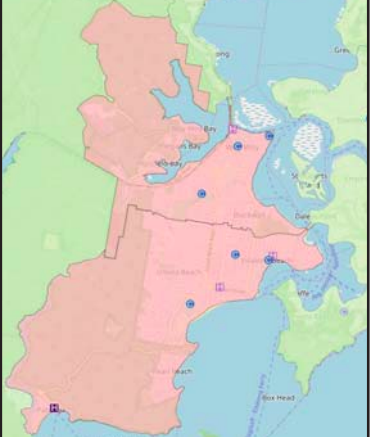 The NSW Government has identified the Peninsula as having a high gambling risk and will cap the number of poker machines at current levels.

The Peninsula has 768 poker machines or around one per every 46 people based on a population of around 36,000. NSW Minister for Racing, Mr Paul Toole, who announced the caps on March 6 said, “Local community caps are an appropriate response to concerns that some areas have too many gaming machines. “Local community caps are part of a package of reforms that represent the most significant changes to gambling regulation in NSW for a decade,” he said.

Under proposed changes to the scheme, classifications will move from using local government area boundaries to Statistical Area Level 2 (SA2) boundaries. SA2s are geographical boundaries set by the Australian Bureau of Statistics. Each area will be classified as Band 1 (low risk), Band 2 (medium risk) and Band 3 (high risk and subject to an area cap). The whole area of the Peninsula has been classified as Band 3 high risk so poker machines will be capped at current numbers.

In the area classified as Umina, Booker Bay and Patonga, there are three clubs and three hotels with 504 poker machines across 10 permits.

Woy Woy-Blackwall has three clubs and two hotels with an entitlement of 250 machines spread across four permits. “The reforms include an overhaul of the Local Impact Assessment (LIA) scheme that regulates gaming machine movements,” Mr Toole said.

“These changes will deliver more transparency, more community consultation and greater certainty for industry,” he said. A leasing scheme will be introduced for gaming machines held by small hotels and clubs, providing a new pathway for them to go machine-free. Regulation of clubs will be streamlined and tougher penalties introduced for directors who do the wrong thing.

“These reforms follow extensive consultation and represent a reset of the way gambling is regulated in NSW. “They recognise concerns about gambling harm while focusing regulation on where there is a real risk,” Mr Toole said. The reforms come on top of changes in January to bolster the Responsible Gambling Fund to support responsible gambling and minimise the risk of gambling-related harm in the community.

Tools down for Central Coast tradies