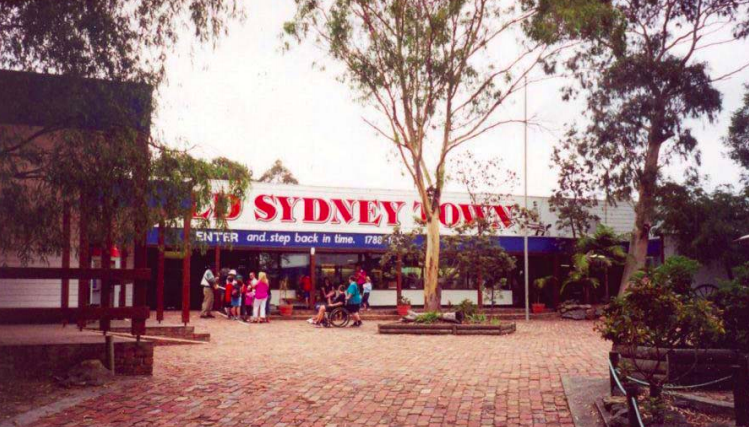 The entry to the Old Sydney Town theme park.

Several local buyers have expressed interest in acquiring the land at Somersby that includes the Old Sydney Town and Australian Reptile Park sites.

One is backed by the 10,000-strong community group, Bring Back Old Sydney Town, and another is headed by property developer and Gosford Classic Car Museum owner, Mr Tony Denny. Independent Central Coast Councillor, Bruce McLachlan, unsuccessfully attempted to give Central Coast Council an opportunity to partner with Mr Denny’s syndicate to buy Old Sydney Town. Clr McLachlan put an urgency motion to the ordinary Council meeting on Monday, March 26, which was lost. He moved that Council request its CEO, as a matter of urgency, investigate the acquisition and potential development of the former Old Sydney Town site for industrial and tourism development.

Expressions of interest in the acquisition of the land at Somersby closed on March 15 and Clr McLachlan informed Council that 15 Expressions of Interest (EOI’s) had been received by the agent. Mr Peter Vines, the CBRE agent responsible for the sale, said there had been a “significant amount of interest” in the EOI process, but there had not yet been any short-listing of the bids, which he believed was “still two to three weeks away”. The private investors behind the Bring Back Old Sydney Town group have been in negotiation with the property’s owner, Mr Richard Chui, of the Warwick International group, for several years. The Old Sydney Town theme park was shut down in 2003 following Mr Chui’s lost Land and Environment Court bid to redevelop the property with a multi-storey resort and golf course.

The Bring Back Old Sydney Town group has collected 11,000 signatures in support of their bid, which would not be reliant on any government or public funding. It is understood that the group approached Clr McLachlan to garner his support for their bid, but the Councillor backed Mr Denny’s business plan instead. “In my capacity in business, I do have the capacity to be in touch with some major people around the Coast,” he said. “A discussion came about whether or not a private syndicate could be put together and whether or not, with Council’s involvement, it could look at the site.” Mr McLachlan said the matter was urgent because “the property will be sold within a week”. “I have made a couple of phone calls, I have delivered you a leading developer, I have delivered you $10m dollars and an opportunity to get into the chance to buy one of the iconic sites on the Central Coast.

“The agent has been told we are meeting on Monday, and if we resolve to investigate, then the staff will be able to sit down with the joint venture partners and say is this a goer or not? “I am giving the Central Coast people, through you people here, a chance to have a crack at Old Sydney Town,” Clr McLachlan said, closing the debate. Of Mr Denny, Clr McLachlan said: “He is a person that has a track record and a reputation. “I have no hesitation in presenting him to Council as a local operator.” Mr Denny was prepared to offer $10m if Council was willing to enter into some sort of partnership. It is understood that Mr Chui is looking for at least $15m for the property. “Mr Denny’s business plan is to try and produce a new business park, sell some land back and reduce entry costs. “The end result could be an opportunity for Council to acquire the Old Sydney Town site and create a lease situation, or look at a whole new tourism attraction.” Deputy Mayor, Chris Holstein, said he loved the enthusiasm “but there are also aspects we need to consider as the elected representatives responsible for the sixth largest council in Australia.

He told the meeting the current zoning of the land as E4 and E2 would mean that rezoning would be required to facilitate Mr Denny’s proposal. “I believe the current owner was unable to get consensus out of Council to move forward on rezoning. “It doesn’t sit really comfortably with me that we would form a joint venture and rezone it ourselves. “There will also be an opportunity that whenever the decision is made in regard to this property being purchased, whoever purchases it has the opportunity to come and talk to us as Council.” Acting CEO, Mr Brian Glendenning, said staff had “very high level discussions with the former owner nine months ago. “It was a very high-level discussion, but nothing ever progressed from that meeting. “It was along the lines of what was council’s vision for the site.

“At that meeting, staff said we didn’t actually have a vision for that site. “The owner was looking for future uses that he could use on the site and staff advice back to the owner was that he needed to do relevant investigative studies and provide supporting documentation that would identify what the best and highest use for the site would be in the future,” he said. Mayor Smith said: “I am concerned about the motion. “I do think there are significant governance and probity issues around how this proposal is structured and it has been brought to Council.”

The Council’s executive and the majority of Councillors expressed the opinion that they could not exercise the level of good governance expected to prepare and receive a report within the timeframes anticipated for the sale of the land. Councillors resolved not to progress Clr McLachlan’s proposal. After the meeting, Clr McLachlan said he did not believe it would be appropriate to comment further and that he could not speak on behalf of Mr Denny. Coast Community News contacted Central Real for comment but they had not responded by our deadline.