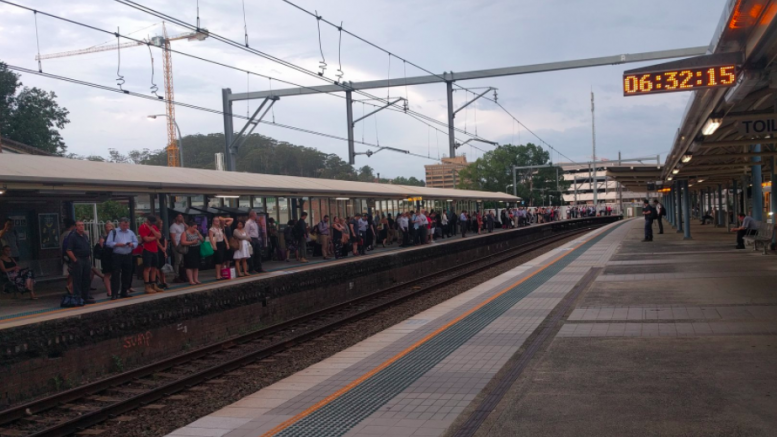 Train travellers and commuters to and from the Central Coast were among the biggest sufferers of the train chaos that hit the greater Sydney train network Tuesday.

Berowra became an unlikely hub for many Central Coast travellers as buses delivered thousands of people to the out lying rail line. Commuter Ricardo Fraser said on twitter “What a joke it’s taken me almost 3 hours to get home. If you were any other company you’d be shut down”. 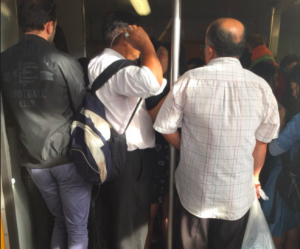 Trains were packed when they arrived. Image: W Chureen

The extensive interruptions to the network were officially blamed on extreme weather events and staff shortages, though others have pointed to the new timetable.

Lightning strikes hit signally equipment at Pymble, knocking out trains between Gordon and Hornsby forcing buses into an already stressed network due to a shortage of trains.

The CEO of Sydney Trains Howard Collins conceded in a media interview “..it is true to say that when big incidents occur, the service takes longer to recover.”  adding that the service was “flat out training divers…”.

A stream of complaints from frustrated train users were seen on Twitter under the hashtag #traindelay .

Reverse commuter Chris Young was happy he was not commuting into Sydney, tweeting ‘Sometimes I feel like I’m missing out, not working in Sydney. Not today.’ (see lead image).