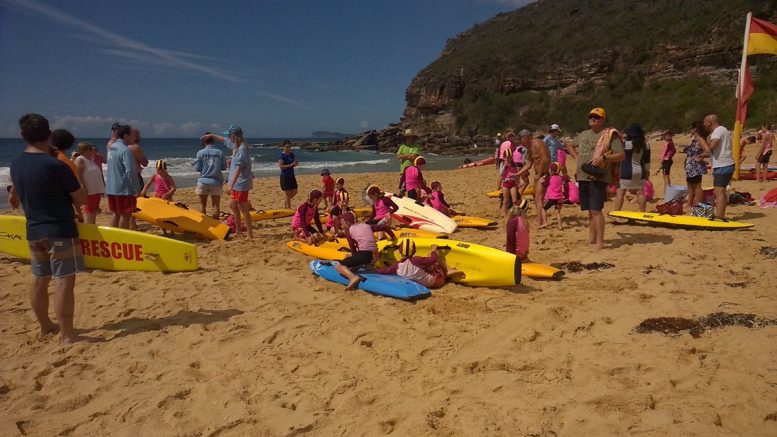 Big turn out for the Nipper Carnival at Killcare. Image: @killcareSLSC

Killcare Surf Life Saving Club has hosted the first Central Coast Nippers’ carnival of 2018.
The carnival was held on January 21 and attracted 700 Nippers from across the Coast’s 15 clubs and further afield from Sydney and the Hunter.
Club junior activities director Mr Craig Sheppard said it could not have been a better day for the Nippers or the Killcare club.
“In a rare move for Surf Life Saving Central Coast, they postponed our event due to the forecast and we are so happy they did.
“It could not have been a more postcard-perfect day, with beach and sea conditions absolutely perfect for a Nippers’ carnival,” Mr Sheppard said.
A full line up of beach and water surf life saving events were run on the day.