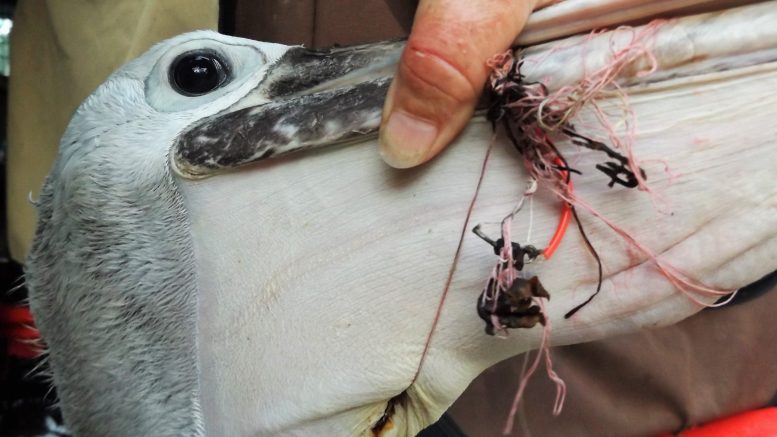 The Peninsula’s pelican research and rescue service has called the summer of 2017-18 the most traumatic and demanding in 19 years of rescuing.
Ms Wendy Gillespie from Pelican Research and Rescue said she treated three potentially lethal injuries from fishing tackle in just two days in the week commencing January 6.
“This year and particularly this holiday has been the most traumatic and demanding in my 19-plus years of rescue,” Ms Gillespie said.
“I have at least 12 tackle impacted pelicans still requiring rescue in one location,” Ms Gillespie said on January 14.
“Many other pelicans are sick and dying due to the unresolved stormwater drain issue,” she said.
Ms Gillespie said she did believe there was “light at the end of the tunnel” as the NSW Government appeared to be taking a greater interest in the plight of the local pelican colony.