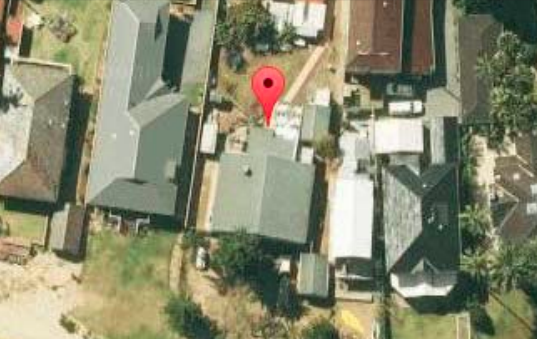 Central Coast Council has allowed another development that does not comply with planning guidelines on the basis that nearby buildings do not comply either.
The block of four flats in Booker Bay, costing $958,000, has been approved by the Council.
“The setbacks from the eastern and western side boundaries are generally consistent with setbacks of other developments in the immediate locality,” the council stated in its determination, despite them not falling within planning guidelines.
Last month, the council received an application to build three townhouses in Umina that did not comply with planning guidelines which were justified by the applicant on the basis of the Council’s planning failure.
The council had not followed its own guidelines “on numerous occasions”, the application stated.
The Booker Bay development was opposed by local residents who presented a petition with 101 signatures objecting to the building.
Council’s assessment reported that three public submissions and the signed petition had been received.
However, Council’s digital DA tracker shows that nine submissions were received between August and October.
The report noted that the proposed project did not comply with planning controls for setback and articulation.
Deep soil setbacks required in the Gosford Development Control Plan 2013 are a minimum of two metres on side boundaries, with deep soil planting along front and rear boundaries.
Side setbacks for buildings up to two storeys are supposed to be a minimum of four metres with 3.5 metres to the external wall.
The Council has approved this project with deep soil alongside boundaries ranging from 900mm to two metres, with 1.2 metres along the rear and foreshore area instead of the minimum six metres and 900mm side setback to the external wall instead of 3.5 metres.
According to Council’s assessment, the variation is acceptable because “the proposal provides a reasonable setback to the foreshore that is consistent with the established building line between neighbouring properties.
“The use of low impact construction in suspended floors and decks rather than extensive landfilling to elevate habitable floors is proposed.
“Proposed terraces, the pool and retaining wall, are considered not to compromise the privacy and amenity of neighbouring dwellings.
“The proposal is suitably articulated towards the waterfront.
“There are no monotonous exterior walls, the proposed bulk and scale does not compromise the scenic quality of the area and the building is compatible with the predominant pattern of buildings and gardens within the context.
“Each facade demonstrates a high level of articulation through varied setbacks, use of different materials and integration of internal courtyard-lightwells,” the assessment report said.

The Council stated: “The setbacks from the eastern and western side boundaries are generally consistent with setbacks of other developments in the immediate locality.
“Recessed courtyards are provided along the eastern and western setbacks … to provide articulation to these elevations and deep soil areas.
“The reduced setbacks of the proposed development do not have any significant detrimental impact on the amenity of the adjoining properties particularly in relation to overshadowing as the site has a north south orientation.
“The reduced setbacks allow for each of the units to have opportunities for a view of the adjoining waterfront which improves the amenity within the proposed units.
“Whilst there is limited amount of deep soil area provided, the vegetation between the rear boundary and the water’s edge will be retained.”
The battle-axe land fronts Brisbane Water on the south side of Booker Bay Rd between Webb Rd and Davis St surrounded by one and two storey single dwelling houses.
The owner proposes to demolish the existing house and garage and replace it with a two storey residential flat building that will contain four three-bedroom units and four attached single garages.
Council stated it has dealt with community’s objections to 10 car parking spaces by reducing the number to six.
Council’s assessment report stated: “The potential constraints of the site have been assessed and it is considered that the site is suitable for the proposed development.
“Subject to the imposition of appropriate conditions, the proposed development is not expected to have an adverse social or economic impact.
“It is considered that the proposed development will complement the locality and meet the desired future character of the area.”
Booker Bay resident Mr Alf Quinten, who submitted an objection, said he was disappointed to find out the project had been approved via Council’s website.
“We submitted the petition with 100 signatures but never had a response to it, other than a generic auto-response email,” Mr Quinten said.
An his submission, Mr David Hewitt noted that the developer had recognised some privacy issues by scaling back the oversized balcony overlooking the rear of 370 Booker Bay Rd.
“Whilst we appreciate that the architect has recognized some of his earlier design issues, we are still in opposition to his revised plans as they only partially solve some of the privacy impacts,” Mr Hewitt wrote.
“We still feel that the development does not pass the character assessment for its location due to its overall bulk and scale,” he said.
Council’s consent will lapse five years from December 21.
The developer will be required to pay a total of $48,603 in Section 94 contributions which will be spent on roadworks ($2850), open space land ($7840), open space embellishment ($20,816), community facilities ($476), community facilities capital ($7297), drainage for land ($1952) and drainage capital ($7372).
A construction certificate will not be issued until the Section 94 contributions, indexed quarterly for inflation, are paid.
Another condition of approval is that one unit will be nominated as an adaptable dwelling.