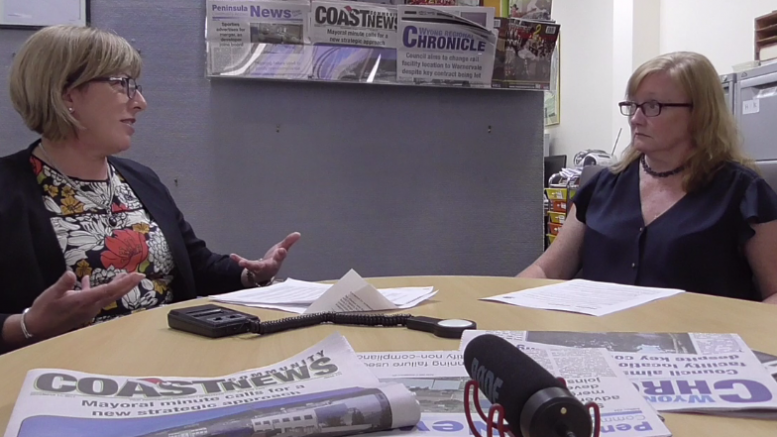 The NSW Minister for Planning described Central Coast’s Coordinator General, Ms Lee Shearer, as a “head kicker” who will get things done for the Coast.

In Central Coast Newspapers’ latest video news, Ms Shearer explains her powers to senior journalist, Jackie Pearson. “The Planning Minister, Anthony Roberts, appointed me in April this year because he formed the view that a real focus from State Government needed to be in place for delivery on the Central Coast Regional Plan 2036,” Ms Shearer said. She said the NSW Government’s 20- year blueprint for jobs and housing was about “developing the region and its beautiful attributes so more people can stay here, live work and play. “I don’t think there is any other Coordinator General in NSW,” she said, but added that she didn’t believe she was appointed because the Coast was seen as a basket case needing special care. “In all honesty, the Central Coast was seen to have suffered at the hands of many, many plans over the time, plans that in some way delivered, but in many ways didn’t,” she said.

Interview by Jackie Pearson – live in the offices of Central Coast Newspapers.