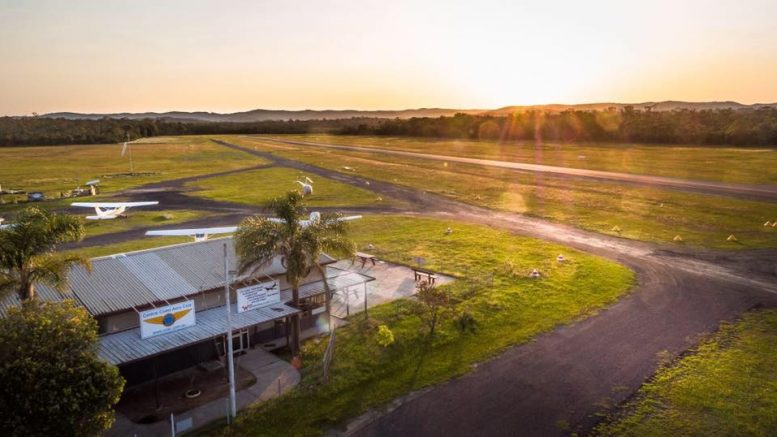 Councillor Greg Best, with the support of Clrs Bruce McLachlan and Jilly Pilon, planned to overturn the resolution made by Council at its November meeting, to suspend works and stop further development at the Central Coast Airport.
The three Councillors lodged a Rescission Motion, in an attempt to reverse a motion put by Clr Doug Vincent and adopted by Central Coast Council, at its ordinary meeting in Wyong, on November 27.
The Rescission Motion was to be debated at the final ordinary Council meeting for 2017, in the Gosford Chamber on Monday, December 18.
Rather than debate a recommendation from staff, that would have resulted in the public exhibition of a draft Central Coast Aviation Hub Concept Plan and supporting documents, Clr Vincent put an alternative motion.
As a result, Council resolved to fully support the Warnervale Airport Restrictions Act (WAR Act) (1996).
The adopted motion also resolved that Council would not approve any development at the Warnervale Airport which is not consistent with the WAR Act (1996), and that Council would not immediately extend or remove the current 1,196 metre runway.
The Council also resolved not to alter the position, length, width, thickness or strength of the current runway, and immediately to suspend all works, land acquisitions and expenditure on the Central Coast Airport, except where those works are required by law, or the suspension of those works would put Council in breach of existing contractual obligations and/or expose Council to claims for damages or variation under any such contract.
Council also voted on November 27 to reallocate the budget for the Airport of $6 million to employment generating projects across the former Wyong Shire, with staff to prepare a strategy and report to Council by the February 12, 2018, meeting for approval of the strategy.
Council also resolved to maintain the current site zoning, unaltered, and not approve rezoning to SP2.
The resolution was also intended to permanently protect all of the Porters Creek Wetland, owned by Council, and south of the current runway, from development for biodiversity, emergency drinking water supply and protection of the water quality into the Tuggerah Lakes Estuary.
At the December 18 meeting, Clr Best planned to move that the resolution carried at the previous ordinary meeting be rescinded.
Should the rescission motion have been carried, Clrs Best, McLachlan and Pilon then intended to move a motion “that Council recognises its fundamental obligation to consult with its community and that this corner stone of good governance is enshrined in regulation.”
Clr Best’s motion also called upon his fellow Councillors to note that community consultation had been a principle that was of significant community interest and a key contributor in the lead up to the 2017 Council elections.
Clr Best was on the former Wyong Council, which held the majority of its discussions about its future plans for the airport in confidential sessions, and did not release key documents into the public domain.
Clr Best’s motion called for the new Central Coast Council to “recognise that the new Central Coast Airport is of regional significance and is now an infrastructure asset servicing some 350,000 coast residents and that, it is with this understanding, that Council now engages formally with its community for the first time on this issue through an independently conducted, statistically valid, survey seeking direction and better understanding on community expectations.”
If Clr Best’s motion was adopted, prior to conducting any such consultation process, all survey questions would be the subject of a full Council briefing with selected survey specialists.
Subject to the independent survey results, Council would formally reconsider its position with a view to exhibiting the current Central Coast draft airport masterplan, or move for a total cessation of all uncontracted activities/obligations at the airport.
Prior to the meeting, Clr Kyle MacGregor said: “I think the motion at the last meeting was pretty unequivocal and well in line with what has been happening, and I think the original motion should stand and not be rescinded.”
He said he believed Council needed to release the 2013 report that “talked about the industrial use of the land” which has never been made public.
“I’d say that the best thing to do is to have things out in the open and made public, and if someone is not adhering to that, you have to consider why and what is their motivation,” Clr MacGregor said of the secrecy with which the former Wyong Council had made decisions about the airport.
“The airport was one of the first things that people in the area raised with me, well before the election, and people were not in favour of it,” he said.
“As I said at the last meeting, the only real support for the airport seems to be coming from inside the [Council] building.