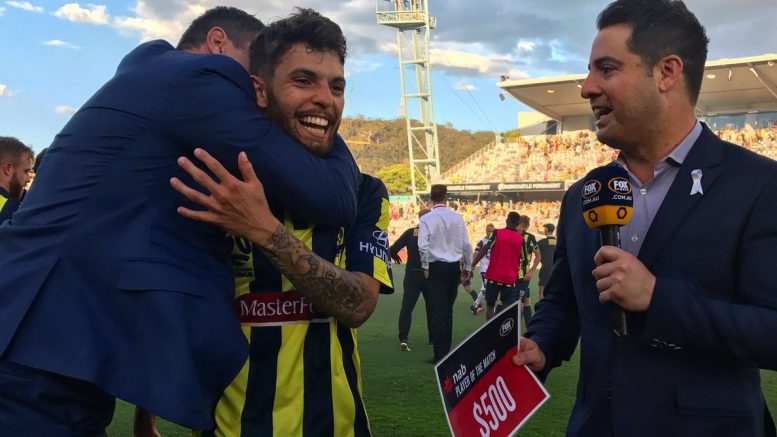 The Central Coast Mariners have ascended to forth team on the A-League ladder after a thrilling 1,0 win against Perth Glory on Sunday evening.

The Mariners played their hearts out during the first half, though to no avail as the disciplined Perth team effectively parked the bus in defence. A tactic that held the game at nil all until half time.

Perth Glory came out of the change rooms recharged and effectively took control of the game for the next 20 minutes, though the Central Coast defence held strong despite some spirited shots on goal from the dangerous looking Glory strikers.

The game’s momentum swung back to the home side at the 65 minute mark as the locals put on a classy show of crowd pleasing football. 8100 people in attendance enjoyed the accurate passing with wonderful attacking combinations. Though it took Blake Powell as super substitution at the 72 minute to hammer home the well earned goal for CCM with a superb close range pass from Man of the Match Danny de Silva.

Full match report in this week’s Wyong Chronicle and online.