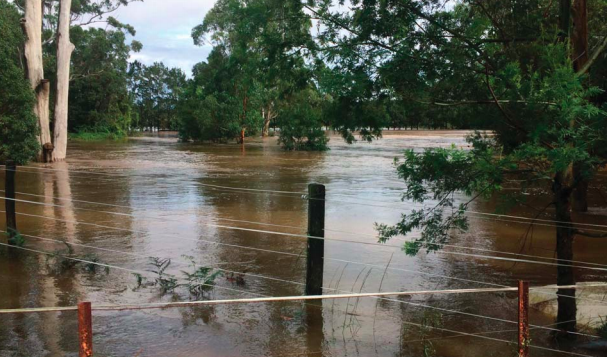 Transport for NSW will receive a letter from Central Coast Council requesting that the site of the rail maintenance facility for the Central Coast be changed from Kangy Angy to Warnervale.
However, Parliamentary Secretary for the Central Coast, Mr Scot MacDonald, said work on the facility at Kangy Angy would begin in early 2018 to prepare for the arrival of the state-of-the-art $2.3 billion New Intercity Fleet.
“We have awarded a key contract for the detailed design and construction of the new maintenance facility to service trains at Kangy Angy,” Mr MacDonald said.
“Infrastructure and property group, John Holland, will now begin pre-construction activities, with major construction expected to start early in 2018.”
“The project is expected to generate 300 jobs on the Central Coast, including local apprenticeships, during construction, and 200 jobs ongoing, once in operation.”
In 2014, a Transport NSW consultant report recommended that land adjacent to Link Rd, Warnervale, was the ideal site for the facility instead of the current location at Kangy Angy.
Mayor Jane Smith said Council was supportive of a rail maintenance facility for the local jobs that it would create, but wanted to ensure that it was in the right location on the Central Coast.
“Warnervale is where the growth on the Coast will be, where there is the space and industrial land to accommodate a facility of this size and scale,” Mayor Jane Smith said.
“The State Government has changed its mind on other key issues for the State, and we are asking for them to make the right decision for the Central Coast,” she said.
Two members of the Kangy Angy Residents’ Action Group (KARAG) addressed the Council meeting on November 27, in favour of the Mayoral Minute.
Ms Susan Zaranja said she believed the recently-elected Councillors had been mandated to seriously consider the will of the electorate.
She said to have transparency of operation within Council was both laudable and essential.
With that in mind, she said she believed the community considered it essential that the new Central Coast Council review the decisions of the previous Wyong Council, and called the selection of Kangy Angy for the proposed NSW Government inter-city fleet rail maintenance facility a “hot spot” worthy of review.
She said the selection of Kangy Angy was riddled “with inconsistencies and obfuscations from the word go” and was “not fit for purpose, compared with the eminent suitability of Warnervale”.
Issues including unsuitable topography, the volume of infill required, flooding issues, the need to build a $50 million bridge, difficulties in finding a solid base for the required footings, along with the threat to rare and endangered species, and the close proximity to existing residents, made the site unsuitable.
“Warnervale has none of these problems, so it beggars belief why Kangy Angy has favour over Warnervale,” she said.
“There will undoubtedly be serious repercussions for you to solve if this project goes ahead.”
“Right a terrible wrong that has been committed.
“We need you to stand up and take the necessary steps against this disaster.
“If you achieve nothing else in your tenure, you will be worthy of our vote.”
Mr Alton Caldersmith said: “Most of the Councillors here tonight were not part of the Council when the decision was made to recommend to the railways that they use Kangy Angy as the location.”
Mr Caldersmith said that before Wyong Council intervention, Transport for NSW had decided the maintenance facility needed to be North of Wyong and South of Wyee.
They then chose eight sites that met their priorities, and then received a commendation from then Minister for Transport and now NSW Premier, Ms Gladys Berejiklian, for selecting land owned by Darkinjung Local Aboriginal Land Council (DLALC) as their preferred site.
“At some point the railway broke contact with DLALC, and after a short period, turned up here and said [to Wyong Council] where would you recommend it go,” he said.
“The obvious question is why didn’t you go to number 2?, but Transport won’t answer that question.
“The result of them coming here was that Council recommended a site that wasn’t even in the parameters laid out,” he said.
Mr Caldersmith said resident discussions with Transport for NSW had set out the reasons why Kangy Angy was an inappropriate site.
“They are now having to consider building a massive over bridge and dump heavy traffic on Enterprise Dve, that will end up with a large round about and the speed limit will drop from 90km/h.”
He said residents were aware that Transport for NSW were having difficulties with the design and “enormous trouble with footings”.
“We want this Council’s support to say, go back to your preferred site north of Wyong.
“Warnervale has good access to the M1 and a number of features that make it quite suitable.”
“I have some exception to the fact that we are now sitting here ‘ad hoc-ly’ putting our hands up to tell the good folk at Warnervale that they have to have this in their backyard,” said Clr Greg Best.
Clr Jilly Pilon said: “I would like it noted that a briefing was provided via TfNSW and, whether we agree or not, I understand the project is moving forward.”
“There hasn’t been any great push back from the people of Warnervale about a rail facility in an industrial zone,” Clr Doug Vincent said.
“The Kangy Angy site is flawed, it floods, it is environmentally sensitive, and even though it is not our decision, we should really be urging the Government to take a different view,” he said.

“Having had the briefing, I have got no indication whatsoever that there will be any variance from the decision made, but the motion will show support for the residents by Council,” said Deputy Mayor, Clr Chris Holstein.
Decisions made by the former Wyong Council, and Administrator Mr Ian Reynolds, in relation to the sale of the Council-owned Kangy Angy land to Transport for NSW, were made in confidential meetings.
Clr Greg Best asked the Director, Mr Mike Dowling: “Your department gave the briefings and gave the reports to Council, why, in a nutshell, do you believe it moved from Warnervale to Kangy Angy?”
Mr Dowling said the main reason for the move to Kangy Angy, was that trains could exit the line at 80km per hour.
He said he believed the Warnervale land owned by Council was still productive and gave Council greater opportunity to create a higher yield than the Kangy Angy site.
Clr Best and Mr Dowling also discussed the fact that the NSW Government had made it very clear that they would compulsorily acquire the site if the land was not sold to them by Council.
Clr Best and Mr Dowling did not acknowledge that Transport for NSW did not know about the Kangy Angy land until it was presented to them by the former Wyong Council.
“The concern was that Council would not achieve the best and highest price for that particular piece of real estate,’ Mr Dowling said.
Hence Council decided to sell the property at market value, believed to be $17 million.
The Mayoral Minute was adopted, and Council determined to write to Transport NSW requesting that they reconsider the Kangy Angy site for the proposed Rail Maintenance Facility, and instead move to the Warnervale site adjacent to Link Rd.
However, Mr Macdonald has stated that the decision to build the facility at Kangy Angy would not be changed by the NSW Government.
“This facility will allow the new Intercity carriages to seamlessly move onto the network and replace the ageing V-sets to provide customers who commute daily to Sydney from the Central Coast and Newcastle with a more comfortable and reliable journey,” Mr MacDonald said.
The new trains will feature comfortable two-by-two seating with tray tables and cup holders, as well as the ability to charge mobile devices.
There will be dedicated luggage and bicycle racks, extra space for wheelchairs and prams, accessible toilets and baby changing facilities.
Better on-board technology such as CCTV cameras, customer help point alarms and fire detection technology will increase safety and security.
“We are proud to be getting on with the job of delivering this important project for our intercity customers,” Mr MacDonald said.