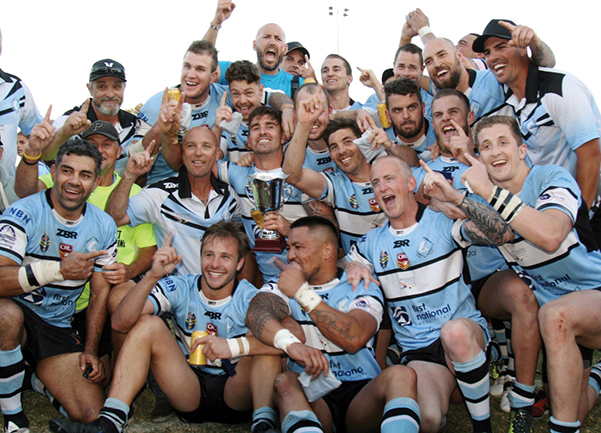 The Terrigal Wamberal Sharks claimed the 2017 Central Coast rugby league premiership with a gritty 12-4 victory over Wyong, before a large crowd at Woy Woy Oval.
On a red letter day for the seaside club, Terrigal also contested three of the four lower grade deciders.
In the top grade clash, a tremendous defensive effort enabled the Sharks to hoist the silverware for the first time since 1986; a year in which the club famously edged out Woy Woy 16-12 to claim their maiden title.
This season’s grand final was a fitting conclusion to the year, and neither side gave an inch until a high kick was spilt at the back by Wyong, with 10 minutes remaining in the opening half, giving Terrigal a telling attacking set.
From this offensive platform, the Sharks were able to thread an angled late tackle grubber through for a trailing, Josh Harman, to score under the posts, and the underdogs took an invaluable 6-0 lead into Jamy Forbes’ mid game talk.
The defending premiers hit back strongly, when early in the new half, Central Coast rookie of the year, Kye Martin, rocketed onto a long, cut out pass from his captain, Alex Langbridge, before diving into the tennis court corner.
The difficult conversion was waved away and the game hung in the balance with just two points separating the sides, until with 12 minutes remaining, a shift right saw the Sharp brothers combine to create an overlap.
Speedy winger, John Symington, took full advantage of the free space and scurried over in front of a large contingent of delirious Terrigal fans. 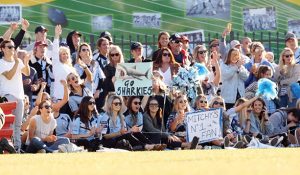 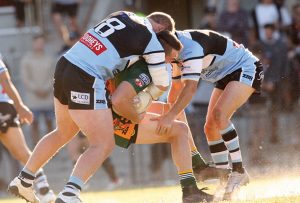 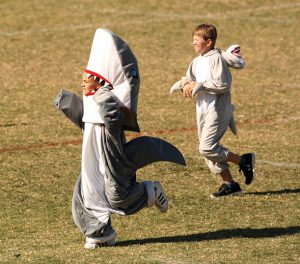 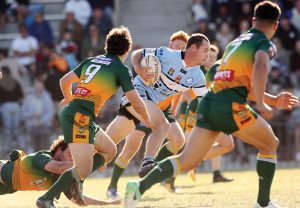 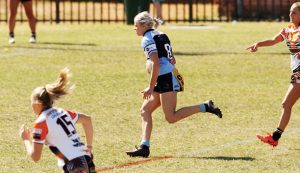 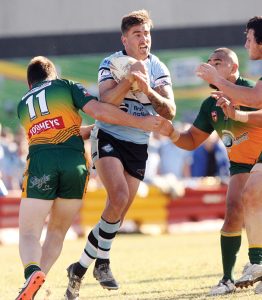 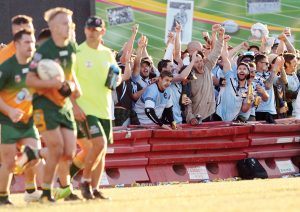 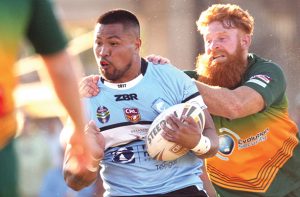 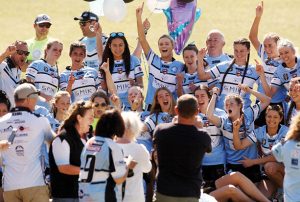 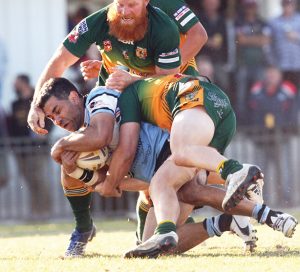 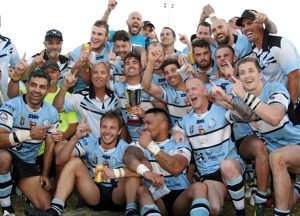 Harman calmly slotted the conversion, and the Sharks just kept tackling from there.
Skipper, Chad Sharp, had a fine game at right centre and was duly adjudged player of the match, however it was the uncompromising Terrigal forwards who laid the platform for the win.
One of the Sharks’ best on the day was second rower, Justin Sopp, who in a remarkable family story, is the son of Tony Sopp, one of the heroes of the club’s 1986 triumph.
In the lower grade grand finals; Terrigal were pipped 23-22 by The Entrance in an extra time reserve grade thriller, and Erina won their midday tussle with the luckless St Edwards Bears, prevailing 22-20 in the open grade division.
The Berkeley Vale Panthers were too good for the Sharks, winning 22-10 in the under 19s clash, while the day had started just as it finished, with a Terrigal victory.
The Sharks’ Ladies Tag team eclipsing the Tigers 26-6.
Player of the match, Elysia Atkins, sealed the Terrigal win with a spectacular 75 metre intercept try six minutes from the finish, as blue, black and white bunting danced joyously in the mid-September breeze.