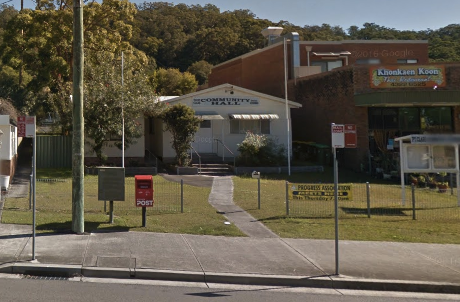 A community meeting was held at Kariong on Monday, November 13, to discuss concerns about Council occupancy and charges for community facilities.
Tumbi Umbi resident, Mr Kevin Armstrong, chaired the meeting, and said it was attended by around 15 community representatives, who all shared concerns about community access to halls and other facilities.
Since 2015, several community groups have either walked away from long-term management and maintenance of community facilities, or expressed concerns about new Council licence and lease arrangements that have resulted in major cost increases and “commercial” profit sharing arrangements.
“Our end focus was on endorsing a set of principles which we believe ought to underpin an effective relationship between community user groups and Council”, Mr Armstrong said.
Mr Armstrong said he prepared a draft document which has been sent to meeting attendees for further comment and endorsement.
“We hope that these (or similar principles) may be endorsed by both our community and Council as a fair and equitable foundation for agreements pertaining to community use of community halls and facilities,” he said.
According to the draft working document, community concerns expressed at the meeting included a new licence agreement that included a rental increase of more than 200 per cent, and was deemed not negotiable by Council.
Attendees expressed their concerns about the inequity of sometimes struggling community groups, whilst other users of community and crown land pay minimal rents and sometimes earn large incomes from private businesses and cafes.
“Many community halls were built by local residents, Progress Associations and the like for community use, sometimes on land donated by members of the community.
“Some halls and facilities are on crown Land, some on Council land, mostly previously classified as community use.”
The draft document includes the principle that: “Community facilities are ‘owned’ (in a philosophical sense at least) by the community, not Council and Council owns or manages these facilities on trust from their community.
“Provision of facilities ought to include regular maintenance, progressive upgrading of facilities (for example, kitchens, floors and electronic equipment) and administration services.
“User charges ought to reflect the size and condition or amenity of the facilities.
“User charges ought not include Council maintenance, upgrading and administration services, these are covered by rates.
“User charges ought to reflect capacity to pay,” the draft working document said.
For instance, the group proposes that local registered not for profit groups ought to pay least, local small businesses slightly more, local larger businesses more again, and regular hirers should receive a discounted rate.
“Council should maintain public liability insurance for halls and other facilities it manages on behalf of ratepayers,” the document said.
Mr Armstrong said the meeting “utterly rejected” Council licence agreements that required any community organisation managing a hall to share 50 per cent of revenue from hall hire with Council.
“Once the content of the document has been agreed, we will be sending it to Council and hope that it will pave the way for a discussion with Council staff,” Mr Armstrong said.