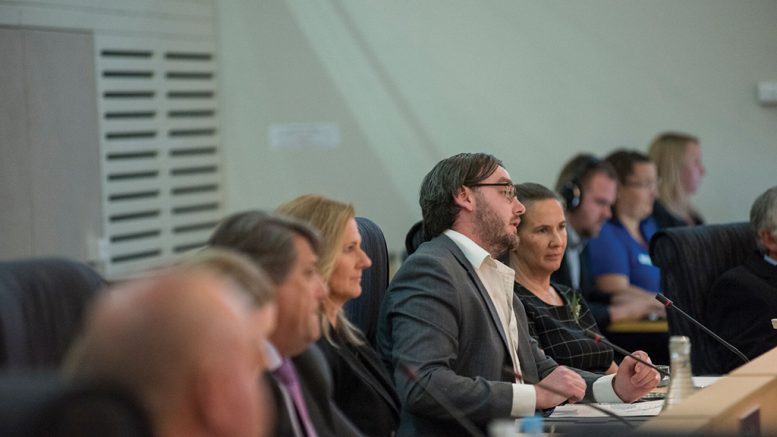 Opposition to the proposed Wallarah 2 Coal Project should continue under the new Central Coast Council, according to Clr Kyle MacGregor.
Clr MacGregor gave notice prior to the October 23 ordinary Council meeting of his intention to move that Council continued its “opposition to the proposed Wallarah 2 Coal Project as previously continually opposed by the former Wyong and Gosford Councils and consistent with the Central Coast Council’s resolution [earlier in 2017].”
Clr MacGregor moved: “That Council, having formally submitted in writing, at the 2017 Planning Assessment Commission hearing, its opposition to the Wallarah 2 Coal Project, to continue to support the community opposition to the Wallarah 2 Coal project for the following reasons: loss of integrity of the Wyong water catchment valleys (Dooralong and Yarramalong); loss of town water supply; and unacceptable damage to public infrastructure in the subsidence area”.
He called for the Mayor, Clr Jane Smith, to immediately write to the Premier and the Planning Minister affirming its opposition to Wallarah 2 and to “call upon the Government to honour its ‘ironclad promise and guarantee’, made both in public and in writing as Liberal Party Policy, to legislate to not allow mining in the Wyong water catchment valleys”.