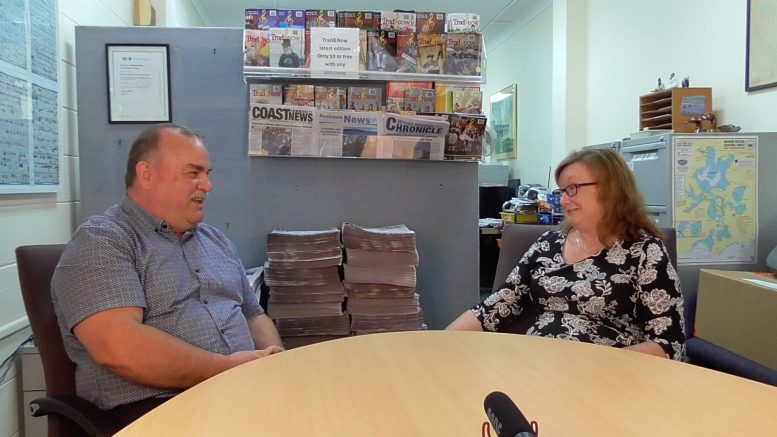 Jeff Sundstrom is a relative newcomer to politics, though the 57 year old professional firefighter has not been burnt by his previous defeat in the State Seat of Terrigal.

Now he finds himself a Labor councillor in the new Central Coast Council. A role that he seems keen to take up.

Early in the interview Jeff refers to his two favourite philosophers Mic Jagger and Keith Richards, saying “you can’t always get what you want, but you sometimes get what you need” .

In this the 8th video interview of our newly elected councillors, senior journalist Jackie Pearson asks Councillor Sundstrom a series of questions about his motivations for getting into politics, as well as his view of a series of issues that have already raised themselves in the first council meetings.

Part of the Central Coast Newspapers / CoastCommunityNews.com.au video news – ‘Bringing our leaders to our readers series’ (click on link to access all series)

We trust you’ll find these relaxed and frank interviews a breath of fresh air in an otherwise hysterical media landscape.