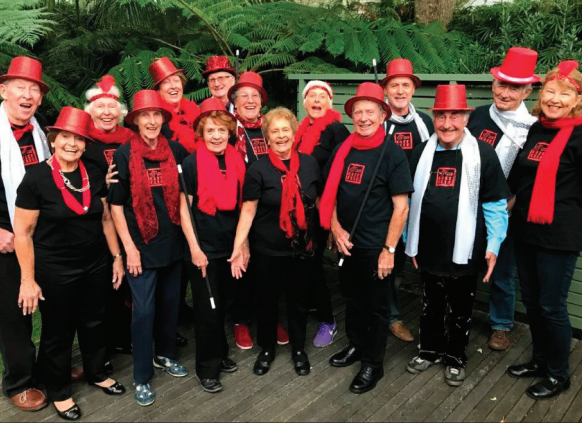 The Pearl Beach Glee Club was originally formed in the 1950s to raise funds to complete the Pearl Beach Memorial Hall and put on a number of Grand Concerts during their times.

The Glee Club Singers was reformed in 2010 by a group of local music lovers to celebrate the 60th anniversary of the original Glee Club. The success of the anniversary concert encouraged the tradition to continue and each year members have maintained the pleasure of regular meetings around the piano. Showbiz 2017 promises to build on the tradition and the program will surprise and delight with a great variety of local talent performed by extraordinary musicians, young and old, amateur and professional, according to Dr John Irvine, Master of Ceremonies.

Included will be vocal and instrumental items, guest performers and community singing. “We are delighted to feature a number of special guests and some of the best youth talent discovered in the recent Pearl Beach Youth concerts,” Dr Irvine said.