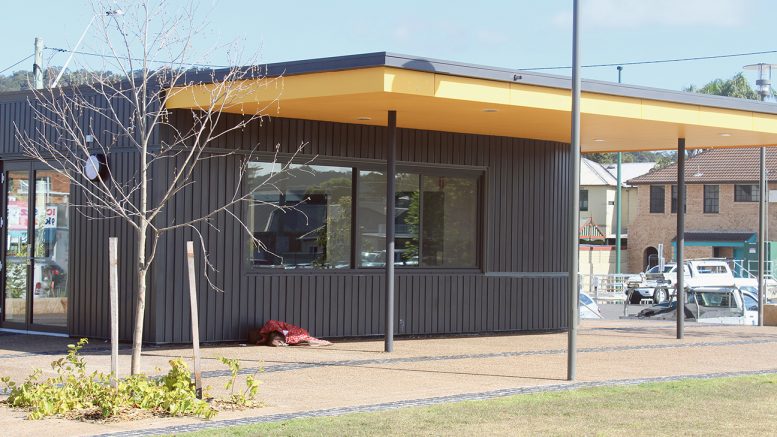 Cashed up baby boomers renovating or replacing the Peninsula’s housing stock are fuelling a housing crisis that is resulting in exponential growth in the community’s rates of homelessness, a program manager at Mary Mac’s Place at Woy Woy has said.
Catholic Care’s Ms Kim McIntyre said there had been an increase in homelessness on the Peninsula during the past eight years.
The homeless were sleeping in their cars in local carparks, living in parks and reserves, sleeping under boats and shop awnings; Woy Woy Library and Stadium; Brick Wharf Rd and Lions Park, Blackwall Rd and Ettalong, she said.
“Homelessness is a crisis and the Peninsula is an interesting case because a lot of families and older people made their way to the Peninsula when it was less expensive and now many of those people are finding it is no longer working for them,” she said.
Retiring baby boomers who sell their family homes in Sydney are moving to areas like Ettalong because of their beauty and lifestyle.
“But those areas used to be where the cheap rentals were and now they have either been done up or knocked down.
“Rents have gone through the roof.
“You used to be able to find a garage with a bathroom or a granny flat that you could afford but now you can’t find a granny flat to rent for less than $250 to $300 a week.
“It is pushing the local people out,” she said.
Ms McIntyre said the majority of the Peninsula’s homeless no longer matched the stereotype of “transients and people sleeping in the park”.
She said many were aged 50 or older.
“If you have an elderly couple and one dies, the other can no longer afford to pay the rent or if one has an illness they will pay for the treatment before they pay the rent,” she said.
Disability pension and unemployment benefit recipients made up a proportion of the homeless but the ranks were also being increasingly being filled with the community’s working poor.
The Department of Housing had long queues and there was rental assistance available but finding an affordable market rental was an insurmountable challenge for many, she said.
Mothers with children fleeing domestic violence were another sub-sector of the Peninsula’s growing homeless population.
“There are great practices and works being done in other areas to increase the stock of affordable housing including container house options but the people coming to the Peninsula from Sydney don’t want affordable housing in their streets or suburbs,” she said.
Ms McIntyre said Mary Mac’s Place assisted between 80 and 100 people per day and had provided help to 126 children during the past six months.
“A lot more people are coming in because they have lost employment or due to illness or domestic violence,” she said.