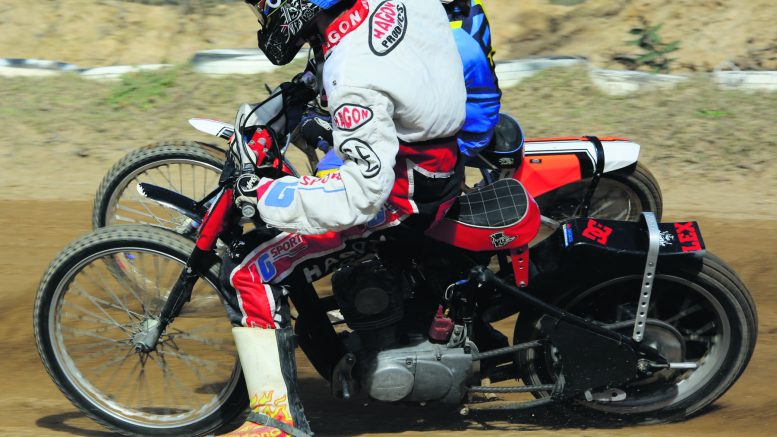 The tapes go up on the 2017 speedway season on Saturday, March 25, at Allen Park Raceway, Somersby, home of the Central Coast Junior Motorcycle Club.
The club has a proud history of nurturing young speedway riders who are now performing at the highest level on the world stage, riders like 2012 World GP Champion, Chris Holder, and current World 250cc Champion, Matt Gilmore.
The annual Ray and Joan Sanson Spirit of Speedway Trophy is designed to encourage and support young up and coming riders from NSW, and hopefully find the next Australian world champion.
Saturday’s meeting will feature a first class field of young 125cc junior riders including 2016 winner, Maurice Brown from Cowra, 2nd place getter, Jack Miles from Kurri Kurri, and Lex Tracey from Sydney, great, great nephew of six times Australian Champion, the late Billy Sanders.
Local legend, Harrison Ryan from Warnervale, is recovering from a recent hospital procedure and will sadly miss out on this year’s meeting.
Jake Treloar, 12-year-old son of Darrin Treloar, nine times Australian Sidecar Champion and 2016 FIM Speedway Sidecar World Cup winner, will also be in action.
He will also be teaming up with Jack Miles to showcase the truly spectacular junior sidecar speedway.
The special Spirit of Speedway Award will be given to the most promising up and coming rider who demonstrates skills, both on and off the track, with qualities like attitude, tenacity and fair play.
Club spokesperson, Mr Terry Starbuck, said he was very excited about the calibre of this meeting.
“We are hoping to attract a bumper crowd to kick-start the new season.
“Officials will be available throughout the morning to explain how local kids get involved in this fun and exciting sport from only 9 years of age,” he added.