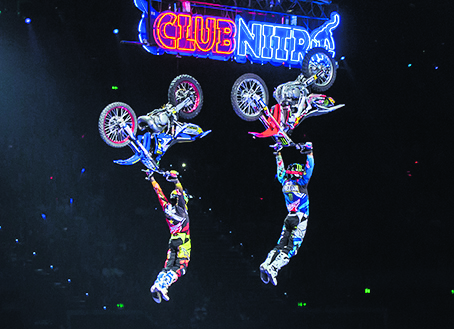 Direct from sell-out shows across the globe, one of the world’s greatest action sports shows, Travis Pastrana’s Nitro Circus Live, is returning to Central Coast Stadium, Gosford, on April 1.
Featured will be 30 of the world’s best extreme athletes in freestyle motocross, BMX, and skate, plus a host of ridiculous contraptions being launched 50 feet into the air by the crazy Nitro daredevils.
Expect to see the world’s biggest and most dangerous stunts in a fully choreographed action sports theatrical spectacular.
More than 60 World Firsts were performed at the Nitro World Games in 2016, and you can expect to see the majority of them performed for the first time ever in Australia, on the Regional Rampage Tour.