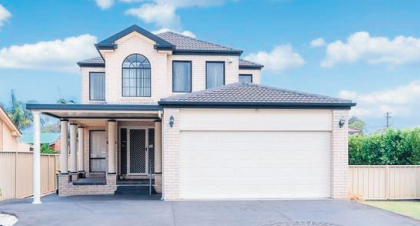 Number 3 Pattie Place, Woy Woy, was expected to sell for around $1 million

The Peninsula is becoming increasingly popular with Sydney home buyers paying higher prices for local homes that are still within reach of the Sydney CBD, according to a Woy Woy real estate agent.

Raine and Horne sales consultant Mr Shane Johnson said he had seen the popularity of the Peninsula grow with Sydney buyers throughout 2016. “I predict this trend, as well as the demand for properties on the Peninsula, will continue into 2017 with the Reserve Bank more than likely to keep rates on hold for the at least the fi rst quarter of the year,” Mr Johnson said.

The local real estate market usually slows down during December as businesses and families take a festive break but Mr Johnson said there were strong sales over the three major Peninsula suburbs in December. Woy Woy saw 14 sales, Umina 35 and Ettalong seven. “These sales saw us close the year with some fantastic sales growth and numbers across 2016,” he said. For 2016, agents reported 336 sales in Woy Woy with the average house sale price climbing 10.5 per cent for the year to $580,000. Unit sales prices also saw solid growth of 8.4 per cent reaching $502,000.