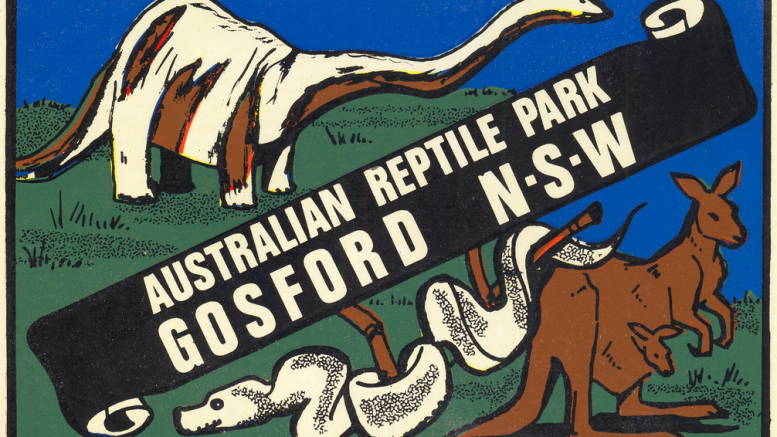 A historic advertisement from the 60s - Archive image.

I conic local attraction, Ploddy the Dinosaur, landmark of the Australian Reptile Park, has made it into the Trivial Pursuit 2000s edition.

Ploddy is one of the classic Australian tourist attractions to make it in the ‘Places – Big Places’ category in the new version of the classic trivia game, meaning players all over the country will soon learn about the big dinosaur and reptile park. Central Coast residents will already be familiar with Ploddy as a welcome sight for those travelling home along the M1 Motorway. The question in Trivial Pursuit 2000s reads: ‘What “big thing” looms near passing traffic by the Australian Reptile Park?’ The answer reads: “‘A dinosaur – Ploddy the Diplodocus, to be precise.”

Hasbro Australia’s brand manager, Ms Tiffany Vibert, said the toy company felt it was the perfect time to rerelease the classic game for the next generation of trivia lovers. “From pub trivia nights to trivia apps, the popularity of trivia is at an all-time high. “We noticed a surge of interest in trivia, particularly from millennial and Generation X players, and knew it was the perfect time to give Trivial Pursuit an update by launching Trivial Pursuit 2000s,” she said.

Jackie’s last video is all about her