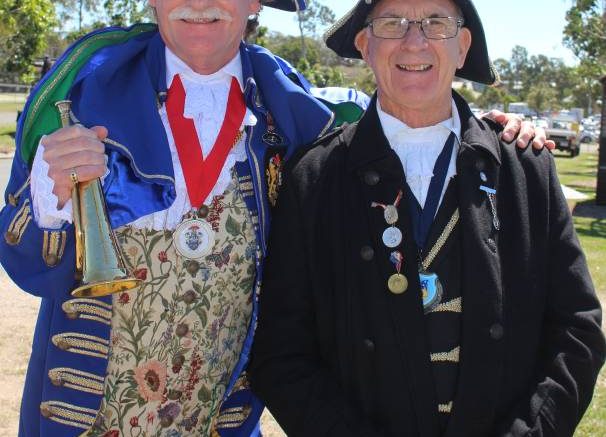 Mr Clarke came away from the Championship with three awards: for Best Dressed Crier; Best Cry; and Champion of Champions. He has been a dedicated Town Crier and has attended many Town Crier Championships all over the world, including Central Otago, New Zealand as well as Ipswich, Moree Plains, Parkes, Toowoomba and Alice Springs. As a prominent event in the Town Crier’s annual calendar, the former Gosford Council hosted the Town Crier Championships in 2001 in Gosford. Council’s Administrator, Mr Ian Reynolds, said he was thrilled the Central Coast spruiker could take out the highest title of his calling in Australia.

“Stephen has been a tremendous asset to the former Gosford City Council and we are pleased to have him now offi cially crying for the Central Coast,” Mr Reynolds said. “I have seen him in action myself and can see why he took out these prestigious awards. “I congratulate Stephen on his win and thank him for his long and loyal service as Council’s Town Crier.” As part of his role, Stephen attends Council’s Citizenship Ceremonies at Gosford to formally commence each ceremony.