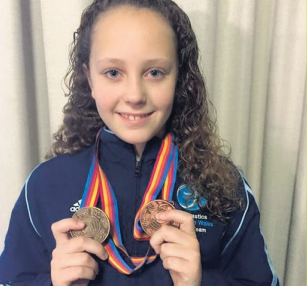 A student from Henry Kendall High School has competed in the Australian Gymnastic Championships as part of the NSW Team.