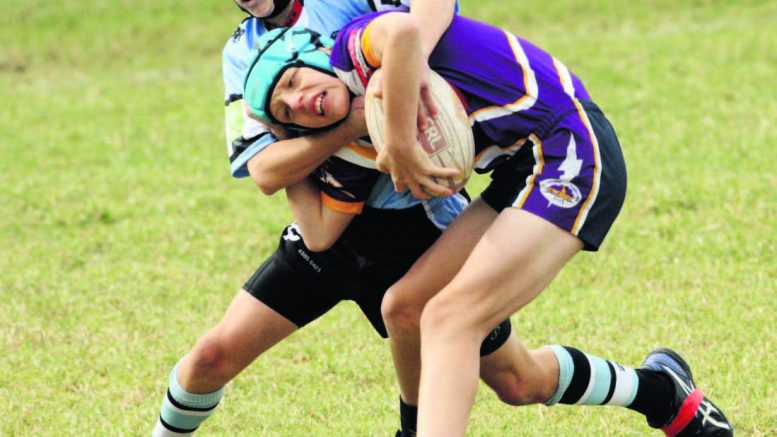 Having accounted for Wyong on the previous Saturday, Shaun Martin’s U14(2)s made it back to back wins, scoring a comprehensive 28 to 18 victory over Erina at St Edwards Oval. The long striding second rower, Sebastian Burke, continued his recent purple patch of form with yet another standout performance for the Storm. Try hungry prop forward Tarren Wargent nabbed a double, while Connor Anderson, Preston Bierton, and Hayden Crampton also crossed the stripe, with Talon Adams converting four of his side’s five tries.

The second placed U10(2)s ran to an 18 to 0 lead against Warnervale before losing their focus and leaking three tries to suddenly find themselves scrapping for the competition points at 18 all. A last gasp Benji Keene- O’Keefe four pointer decided the contest in favour of the Storm boys for whom Tex Dorratt-Mavin had earlier nabbed himself a hat-trick of tries. Impressive prop Lorenzo Godoy led from the front, coupling 23 crunching tackles with a bevy of forceful hit ups for the victors.

On the negative side of the statistical ledger; the U11(1)s, U13(2)s and U15(2) s all suffered defeat, while the club’s Open Grade side proved to be no match for the high flying competition leaders Wyong, going down 60 to 0 at Duffys Road Oval, Terrigal.