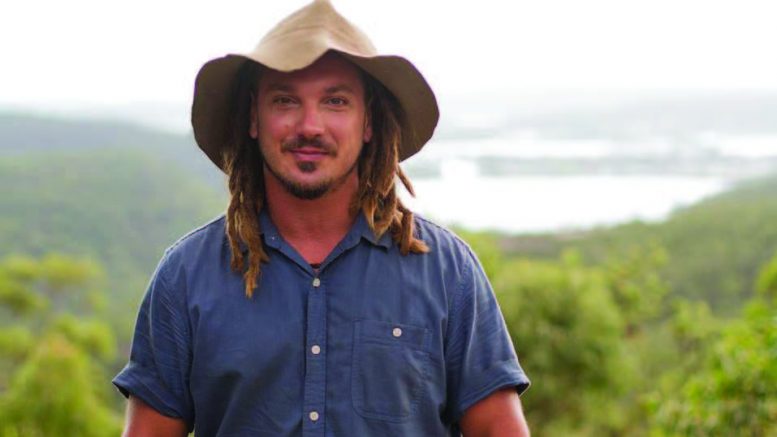 Bush tucker man, grassroots campaigner and sometime political candidate, Mr Jake Cassar, has not yet decided whether he will run as an independent in the seat of Robertson for the July 2 federal election.

Mr Cassar has been busy organising RiseUp4, a community event to be held at the Rhythm Hut on Saturday, June 4 to raise money for Coast Shelter and awareness of the Central Coast’s emergency accommodation crisis. “I have had several meetings with Labor candidate Ms Anne Charlton and she is close to making a commitment on funding more emergency accommodation on the Central Coast, which is very unusual for a non-sitting candidate,” Mr Cassar said. He’s had no such luck with the current member for Robertson. “I don’t want to be a hard nose, but Lucy Wicks will not communicate with us at all.” Mr Cassar can nominate as a candidate for Robertson up until 12 midday on Thursday, June 9. “I haven’t nominated yet but I will seriously consider it if we can’t get a commitment from the two parties about emergency accommodation funding,” he said. “I have been speaking with Laurie Maher from Coast Shelter and he said three out of every five women escaping domestic violence are being turned away by Coast Shelter because they don’t have the beds. “That is word-for-word what Laurie Maher told me so we’ve got governments spending money on advertising to get women and children to leave dangerous situations and then they are getting turned away.” Mr Cassar said Coast Shelter needed $1.5 million to help fit out a new emergency accommodation centre.

“We could put it in a council-owned building leased to Coast Shelter for a nominal sum and it takes $300,000 a year to run a refuge, so $1.5 million would pay for set up and operation for over four years, which would be amazing and is absolutely necessary. “If Labor commits to this before the election, if we were able to accomplish this, there is a good chance it would make me a huge supporter of the Anne Charlton campaign,” he said. “Anne, like myself, was headed down the wrong path when she was younger, but we both turned it around and now she wants to give back by running,” he said. Mr Cassar said the alternative, if he does not gain a major party’s pledge to provide $1.5 million for emergency accommodation, would be: “I would run and not preference anybody because that would be my only chance to have a say in the game. “We wouldn’t have Bambara on the Coast if I hadn’t threatened to run; we got Bambara because Rob Stokes realised it would be a tight race if I was a candidate. “This is what an everyday person has to do if they want to change things,” he said. Jake Cassar said he had been “battling the powers that be” since 2009. “It would be a big financial and time sacrifice to run for Robertson, but even if I leave it until late, I know I can make a difference.”

It would be Mr Cassar’s fifth tilt at an election: he won six per cent of the vote in the NSW seat of Gosford in the 2015 state election. He said he had invited all the candidates for Robertson to RiseUp4 on Saturday, June 4 and already had 200 people registered for the event on facebook. Mr Cassar’s campaigning philosophy is simple: “Why not use leverage to get what you need for the community, to get funding for the environment or social justice, to get something on your way up and your way down.”