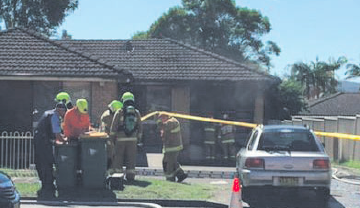 A house on Brisbane Water Drive West Gosford sustained fi re damage via an electrical fault.

Two people were at home at the time of the fire that took place in the garage. Four crews attended the fi re with a total of 16 crew members. The fi re was put out in approximately 10 minutes with no reported injuries.