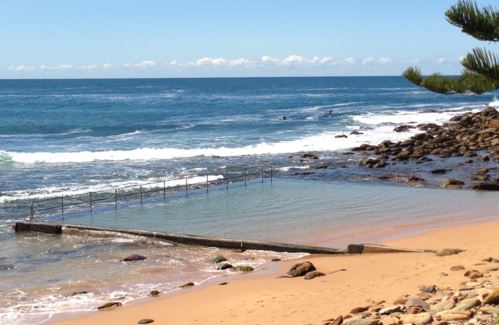 The use of a five-bedroom house at 31 Ocean Dve, MacMasters Beach as a short-term rental has been approved by Gosford Council, subject to conditions.

The development application was deferred at Council’s November 24 meeting to allow time for a site inspection. The application for short term rental accommodation of the dwelling at 31 Ocean Dve, MacMasters Beach is the result of compliance action by Council.

The house had previously been advertised aggressively on websites resulting in its occupancy by up to three groups in any given week. Gosford Council took action to stop the property from being used as a shortterm holiday rental as it deemed its use to have been outside the development standards of exempt development and that it was affecting the amenity of the residential neighbourhood.

As a result it had not been used as a short-term holiday rental for seven months prior to Gosford Council’s decision on December 8.

Council had received written complaints from occupiers of dwellings located within 40 metres of the subject property over a 12 month period which identified issues of concern relating to the impact of the use as an exempt development on the amenity/environment of a neighbourhood.

The site inspection took place on December 1 and was attended by six councillors and two council officers, the site owner, their consultant and eight objectors.

During the site inspection, issues raised by councillors and the public included: management of the rental and the requirement for a local agent to be engaged; monitoring of noise levels within the proposed 12 month approval period; location of the short-term rental use in a residential area; and Byron Bay Management Plan for Short Term Lets.

The owner has now been granted conditional approval to resume letting the property for a period of 12 months to ensure any impacts are appropriately managed before ongoing approval is given.

Conditional approval included the requirement for the owner to appoint a manager who could be contactable 24 hours per day and have a local representative to manage guest, neighbour and property issues.

Short term holiday letting has historically been seen alongside long term leasing of residential dwellings as an activity that did not require any form of development approval.

A change in the nature of the operation of the activity in recent years in some locations has highlighted the issue as to whether the use should require town planning approval. It is acknowledged that ‘party houses’ have caused distress to some local residents and that some short-term holiday lets are advertised for purposes such as ‘bucks’ and ‘hens’ parties.

Gosford Council resolved to provide a legal basis for the administration of short term rental accommodation via exempt provisions and development standards within the Gosford LEP 2014 and Gosford DCP 2013.

Council also established controls for examples of uses not in accordance with community expectations for their neighbourhood For most short-term holiday operations this is sufficient to provide a legal basis for the activity with little need for further Council input or involvement.

The current four bedroom maximum for short-term residential accommodation (as exempt development) reflects the maximum size of most dwelling houses (89 per cent of total dwellings in Gosford at 2011 Census are up to 4 bedrooms) in most local areas.

This bedroom limit encompasses the vast majority of short-term holiday lets and provides a reasonable delineation point for a ‘domestic’ scale.

A development application is required for short-term residential accommodation with more than four bedrooms to address issues such as car parking, traffic and water/ sewer demand, waste generation, use of outdoor areas such as swimming pools/spas or outdoor open entertaining areas and noise.

Council can also impose conditions providing management controls relating to the amenity/ environment of the local area. The two-storey house with an in-ground swimming pool is located on the southern side of Ocean Dve surrounded by one and two storey residential development including single dwellings and dual occupancies.

The report to Gosford Council noted that the ability to accommodate at least 10 guests at any one time and the likelihood that guests are unrelated persons rather than family members has the potential to impact on behaviour of short term tenants.

Frequency of use of the dwelling for short term rental accommodation by different guests and the number of guests has the potential to increase car parking, traffic, waste and noise in the neighbourhood.

The report also noted that management action is required during booking arrangements to identify and confirm no more than four vehicle car parking spaces are available and that on-street parking is limited to not more than one car in the street immediately adjacent to the property frontage.

Coles and Woolworths both to open at Lisarow