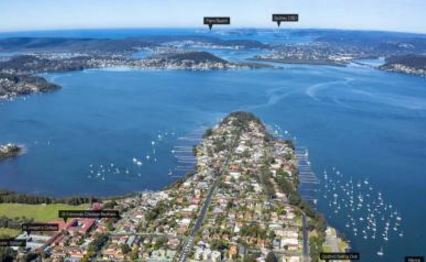 A development application for a residential flat building at 3 to 5 Lynne Ave, Point Frederick has been refused by Gosford Council.

A report to the December 8 general meeting of Gosford Council recommended that councillors give their approval for the project.

However, following a failure to find a councillor willing to move the motion in support of the development application, Cr Hillary Morris moved an alternative motion, that council refused the DA due to the bulk and scale of the proposed project, its impact on a heritage item and on the surrounding neighbourhood.

“When I first read the recommendation I was very disappointed,” Cr Morris said. She said the developer had considered the impact of their plans on the heritage item located on part of the site but that the development was still not in keeping with the nature of that heritage building.

The existing heritage building is known as Cora Lynn. Overshadowing and the view loss to the neighbouring property at 2 Duke St was unacceptable, Cr Morris said.

A speaker in favour of Cr Morris’ motion to refuse the development said he believed the development’s setbacks still didn’t comply with Gosford Council’s requirement and that the heritage building would be “completely overwhelmed”.

The speaker said his property, at 2 Duke St, had a primary view that is to the west and the proposed development would “totally obliterate everything. “Views means sky, and this is cutting out the sky, the night stars, there is nothing in this proposal that offers anything for 2 Duke St,” the speaker said.

He said the proposed development would also have a financial impact on the owners of surrounding property as it would have an impact on their potential for redevelopment in the future as, in order to offer views and to deal with overshadowing, future developments would have to be in excess of seven storeys.

The DA was amended at several points during the process to reduce the number of units from 22 to 20 and to reduce the height on the southern side by two storeys or 6.5m. The plans were further amended in August to delete an eighth level. The residential flat building was to be built beside and behind the heritage item.

New buildings at Point Clare to be ready in November