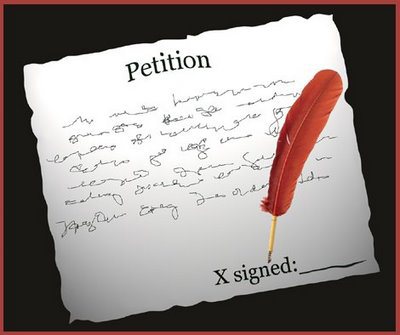 Opposition to the ATO site announcement came from as far away as the United Kingdom where local resident, Mr Noel Plummer started a petition for locals to support the promised arts and cultural precinct.

“I just created the petition ‘Build the promised Arts and Cultural Precinct on the old Gosford Public School site not a tax office’ and wanted to ask if you could add your name too,” he said in an email to friends. “This campaign means a lot to me and the more support we can get behind it, the better chance we have of succeeding,” he said.

By 4.30pm on Friday, October 2, Mr Plummer’s petition on communityrun. org/petitions had collected 872 signatures. “Many people on the Central Coast highly value the land on the Gosford waterfront and were anticipating something truly outstanding being created there, something that would do for Gosford what Darling Harbour did for Sydney,” Mr Plummer said. “

Our historic Gosford Public School was demolished despite a huge public outcry on the back of a promise to construct a community accessible performing arts, cultural, entertainment precinct on this site,” he said. “This promise has been broken and our community betrayed. “Now we fi nd out that the Australian Taxation Offi ce have awarded contracts to build an offi ce building on what was State owned land that somehow has been taken over by the Federal Government.

“This is an extremely short sighted decision and this very special piece of land should be put to far better use than an office block. “This land should be for community use and as part of the plan to open up the waterfront for entertainment, restaurants and public enjoyment. “We remember the pain we felt when the school was demolished but we were told that in its place would rise a wonderful new Performing Arts Centre and Cultural Precinct.

“Gosford prides itself as being the Capital of the Central Coast’ and a regional ‘City’. “Every major and regional city has a world class Performing Arts Centre and Cultural Precinct. “It is time the Creative Arts was at the forefront of planning,” he said.