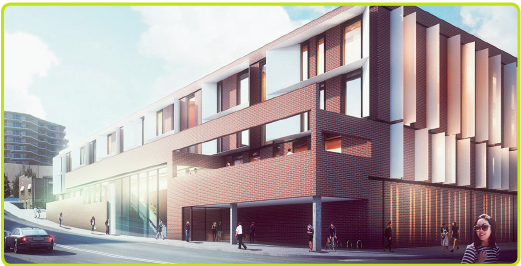 The Central Coast Regional Development Corporation (CCRDC) announced that it was thrilled by the Commonwealth Government’s decision to build a new facility on a portion of the former Gosford Public School site on 20 Mann St, Gosford.

Moving Commonwealth employees to Gosford will boost investment and provide jobs in the region. Chairperson for the Central Coast Regional Development Corporation, Mr Graeme Inchley said the development will open up new economic opportunities for the benefit of Gosford and across the Central Coast.

“We are delighted to be a part of this exciting economic growth story. “For a number of years, CCRDC has been focused on the Gosford waterfront. “Last year the Corporation successfully achieved rezoning of the State Signifi cant Site and managed the demolition of the former Gosford Public School site. “This morning’s announcement is about opening up the gateway and connecting it to Gosford’s future.

“Anchoring the site with a government organisation will draw investors to Gosford’s waterfront, which in the long run will benefit everyone in the region. “This key site now has a bright and promising future,” Mr Inchley said.

Brooks calls for CCRDC to be sacked