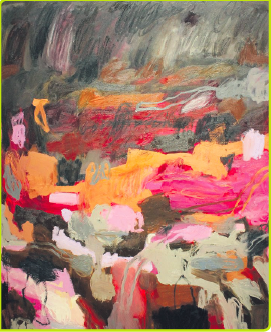 Gosford City Council has congratulated all artists chosen as finalists in the 2015 Gosford Art Prize and the inaugural Gosford Ceramics Prize.

In total 583 artworks were submitted for consideration, a large increase on previous years. This resulted in 153 artworks being chosen for exhibition. This year saw a signifi cant change to the format of the Gosford Art Prize.

The traditional category system of painting, sculpture and photography was dissolved. Artists were instead invited to compete in any medium. In addition, a separate ceramics award was launched in response to a growing resurgence in contemporary ceramics both on the Central Coast and throughout Australia.

“This year the prize money has signifi cantly increased with artists competing for over $24,000,” Ms Jaeger said. “Judging a competition with such a variety of entries is a very diffi cult task and I would like to thank the judges for their insightful deliberations,” she said. “One of the appeals of the Gosford Art Prize is that we all have differing opinions, tastes and points of view. “I would invite everyone to vote for their favourite work in the Viewers’ Choice Award.

“This is your chance to pass comment on the high standard of works and to pick the work you feel is most deserving,” she said. Winners were announced by Gosford mayor, Cr Lawrie McKinna, at the exhibition opening at Gosford Regional Gallery on September 25. The winner of the 2015 Gosford Art Prize was Ms Pamela Honeyfi eld for ‘Dusk falls across the Flinders’. Second Prize was awarded to Rew Hanks for ‘A Touch of Home’. Highly commended were: Keiko Matsuia and Dana Dion.

The winner of the 2015 Gosford Ceramics Prize was Ms Loretta Picone for ‘Cosmic Dance of the Dendrite’, A selection of paintings and photography not chosen as finalists will be presented in The Overflow, a community exhibition organised by the Central Coast Art Society at Gosford’s Imperial Shopping Centre from October 23 to 31. The Gosford Art Prize and Gosford Ceramics Prize is on exhibition at Gosford Regional Gallery until November 29.

A series of free artist talks will be held every Saturday from October 3 for the duration of the exhibition.

Department of Planning criticised for lack of transparency