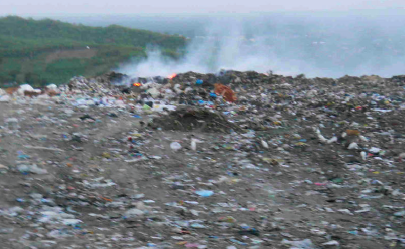 At least 12 members of the former Mangrove Mountains RSL sub-branch attended a meeting with the NSW RSL state branch executive in September to determine the future of the sub-branch.

Coast Community News understands that subbranch members present at the meeting refused to support the resolution.

According to the spokesperson, on Friday, February 4, 2014 the NSW RSL notified Mangrove Mountain sub-branch members that it was taking over control of its trust.

The spokesperson said the sub-branch members were not informed of the sale until July 2014.

As a consequence, the sub-branch and individual trustees continued to defend, and incur costs for defending, Gosford Council’s Land and Environment Court action, which was also being defended by Mangrove Mountain Memorial Club and the operator of the landfill.

If sub-branch members had agreed to the first resolution put forward by the NSW RSL executive at the September 2015 meeting, NSW RSL would have considered removing the suspension of the sub-branch’s charter and returning the net proceeds of the land sale and the subbranch’s other assets.

According to the spokesperson, because the Mangrove Mountain members present refused to ban its former executive members and trustees, NSW RSL will transfer all funds to another sub-branch.

“If we agreed to the first resolution, and effectively banned the trustees, it was sort of inferring the three trustees and executive didn’t do the right thing,” the spokesperson said. In fact, the Land and Environment Court found that the sub-branch and trustees had not committed any breaches in relation to the Mangrove Mountain Landfill and Gosford Council was instructed to pay their costs.

“If they are going to distribute the assets, they should be distributed equally to all sub branches so they can be used to assist service and ex-service members and their families.”

The Mangrove Mountain RSL sub-branch is one of the oldest in Australia. It was founded in 1919 and serviced most of the northern districts of NSW for some time after WWI.

Due to the “unclear” status of the sub-branch for the past 20 months, it was unable to officially play a part in any of the 2015 Centenary of ANZAC celebrations and has not been able to provide direct assistance to the families of several of its long-standing members who have passed away during that period of time.