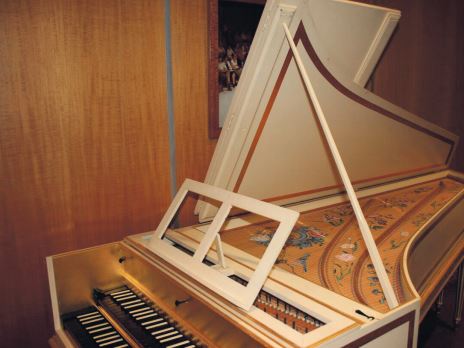 The Central Coast Conservatorium and Central Coast Symphony Orchestra have purchased a Sydney-made harpsichord that was featured at Charmian and Friends in Chamber Music on August 22 and 23.

Violinist and Central Coast local, Ms Charmian Gadd said: “We did a worldwide search for a suitable maker and found one in Sydney.

The Conservatorium Gallery Lunch commenced at 2pm at Robert Knox Hall where a number of local artists showcased their work. Also included at the gallery lunch were performances by local cellists, Mr Jeremy Bell and Mr Adrian Bell.

Ms Gadd said, “We already have a nice ensemble here, Concertante Ensemble. “Now there’s a harpsichord here, we will be able to have some baroque music.”