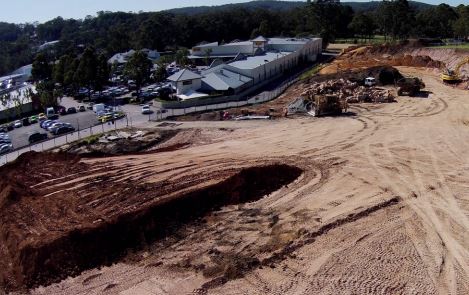 Residents of Lisarow are about to get spoiled for choice when it comes to grocery shopping with expansion to the local shopping centre to include a Coles and a Woolworths supermarket.

Mr Tim Gunasinghe, director of CommercialHQ who are responsible for the redevelopment of the Lisarow shopping centre said the current Bi Lo will be turned into a 3,400 square metre Coles supermarket “,and we are building a 3,400 square metre Woolworths out the back of the current centre”. The total cost of the Lisarow expansion will be $17 million, Mr Gunasinghe said.