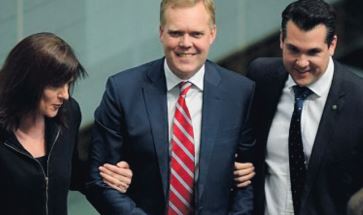 Member for Robertson, Lucy Wicks seconded the motion for Mr Smith to become Speaker of the House of Representatives

Federal member for Robertson, Ms Lucy Wicks MP seconded the nomination of Mr Tony Smith MP as the new Speaker of the House of Representatives.

“The member for Casey has been known to me since 2013 as both a friend and a colleague,” she said.

Will the Member for Robertson show her love for the ABC?

Wicks argues for a plebiscite on same-sex marriage